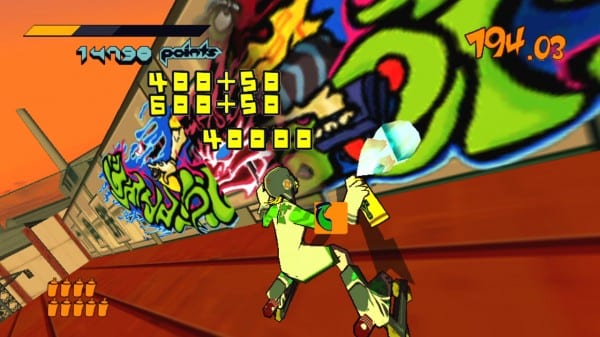 Sega Europe and Sega of America have today announced that Dreamcast classic game Jet Set Radio is headed for the Playstation Vita systems this winter. This will be an updated version of the original, featuring upgraded HD visuals paired with the original “funky” soundtrack. The game will also benefit from the Vita’s capabilities, allowing players new ways to interact with the game using the touch screen (Eg. touch functionality that makes spraying graffiti more natural and camera integration).

The fan reaction to our recent reveal ofJet Set Radio has been incredible! As Jet Set Radio is focused on creativity, the touch capabilities of the PlayStation VITA are proving to be a perfect fit.