Shoot Many Robots to Be Released on the PC Early April 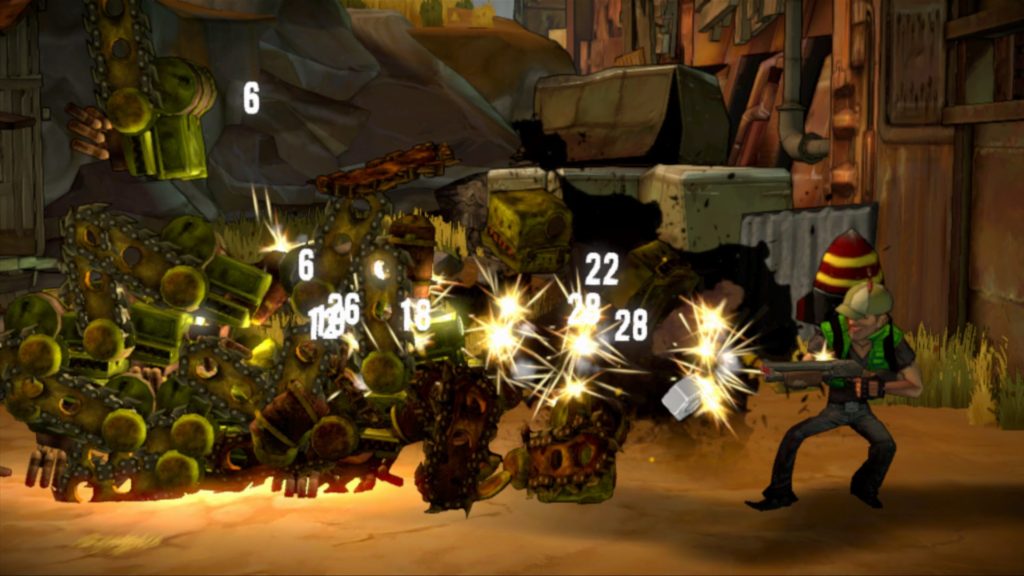 Following from their launch of Shoot Many Robots on both the XBox Live Arcade and Playstation Network this month, Ubisoft and Demiurge Studios have announced that their beer-fueled run-and-gun co-op romp will be available for the PC through Steam from the 6th April 2012.Starting today and going through launch, those that pre-order through Steam will receive a batch of bonuse content including:

The PC version boasts graphics up to 60fps and 2560×1600 resolution, overhauled and PC-optimised controls alongside fully integrated Steam matching, Facebook matchmaking, Steam achievements and integrated voice chat. Albert Reed, CEO of Demiurge Studios had this to day on the announcement:

We’re dedicated PC gamers here at Demiurge Studios, and we wanted to make sure and take the time to do the PC version right,. We rebuilt the controls for PC and overhauled all the user interface so it won’t feel like you’ve turned your keyboard into a gamepad that makes clicky sounds – every detail has been considered to make this an optimised and seamless experience.”