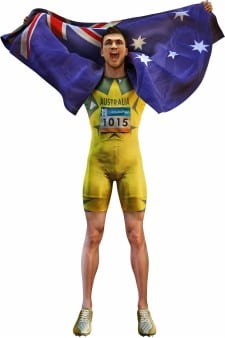 While the Nintendo Wii and Nintendo 3DS just so happened to get Mario & Sonic at the London 2012 Olympic Games, it doesn’t mean  owners of other consoles will be left out when it comes to Olympic Games derived games. Sega Studios Australia is currently developing for release by Sega in June 2012, London 2012 – The Official Video Game of the Olympic Games. Unlike the Mario & Sonic line of games, this takes a more realistic approach to the design and sport selection.

While we have already had some preview footage and screenshots of the main stadium, this time Sega have unleashed screenshots and a fly through video of the Velodrome, the stadium for track cycling – along with some screenshots.

You will be able to pick this game up on the Playstation 3, XBox360 and PC in June 2012. For a bit more information on the game, please feel free to read one of my previous articles HERE.