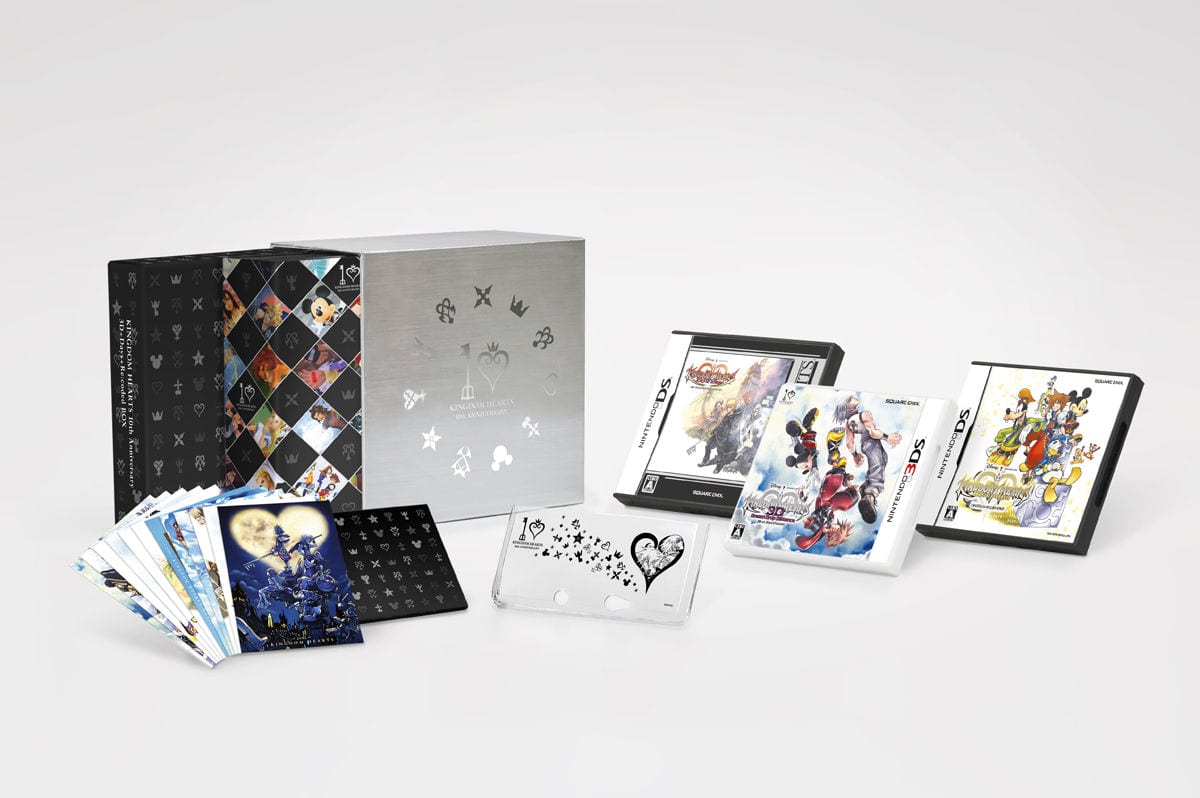 To celebrate the game series 10 year anniversary since Kingdom Hearts on the Playstation 2, Square Enix and Disney will be unleashing a Nintendo DS/3DS Anniversary Box. Setting one back around 15,000 yen, this set will include the upcoming release of Kingdom Hearts 3D: Dream Drop Distance along with Kingdom Hearts 358/2 Days and Kingdom Hearts Re:Coded. These three games will be accompanies with a protection cover for the Nintendo 3DS console and twelve postcards.

Not a bad collection, however it does highlight the fact that the game has not received a proper numbered installment since Kingdom Hearts 2 on the Playstation 2 which was released all the way back in 2005 – instead opting for a number of portable game releases on the Playstation Portable, Nintendo DS and Nintendo 3DS consoles.