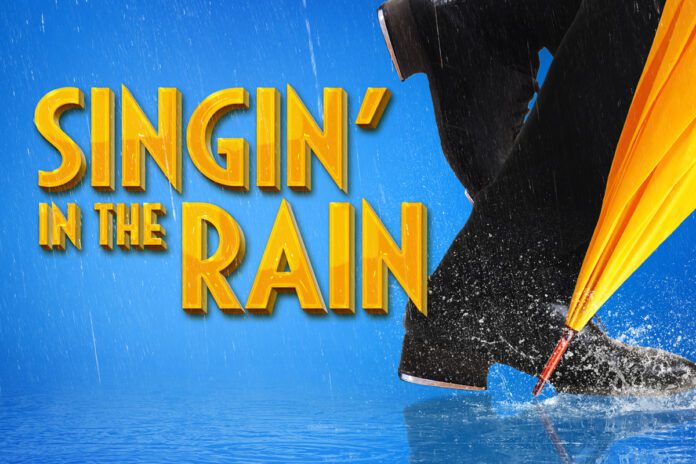 Partnering with the new Brisbane theatre production company, Prospero Arts, the Queensland Performing Arts Centre (QPAC) has announced that a classic musical will be headed to their Concert Hall stage for three days only, albeit in concert form. While not the musical that one would typically be associated with a concert version – which typically goes to the major very-music heavy productions like Les Miserables – QPAC will be hosting Singin’ in the Rain – In Concert from 11 to 13 November 2022 for four shows only.

The inaugural production from Prospero Arts, this all-new concert version of Singin’ in the Rain is being held to “[celebrate] the 70th anniversary of the much-loved classic film, made famous by the late great Gene Kelly”, with those attending to expect to experience “some of Australia’s finest tapping and dance talent, featuring stunning choreography and timeless songs adored by generations including Good Morning, Make ‘em Laugh, Gotta Dance and the classic Singin’ In The Rain“.

Tickets to Singin’ in the Rain – In Concert will go on-sale this Thursday at 9.00am either via the QPAC website or by calling their QTIX box office team on 136 246. Tickets will range from $79.00 to $115.00, with increased prices indicating better vantage points of the stage. These prices are somewhat comparable to when Singin’ in the Rain was last performed in Brisbane back in 2017 ($75.95 – $140.95).

While I am not completely sold on the idea of an “In Concert” version of Singin’ in the Rain, yet, especially with many unique elements of the production focusing on stagecraft and dancing, I hope to be convinced come November, as Singin’ in a Rain is a classic musical for a reason – being inoffensive and offering a broad appeal to most musical theatre demographics.

With Hamilton the Musical's Australian tour set to commence in the Queensland Performing Arts...

Can you believe that we are already three-quarters of the way through 2022? With...

With hype going around for their upcoming release of Genshin Impact Version 3.1: King...