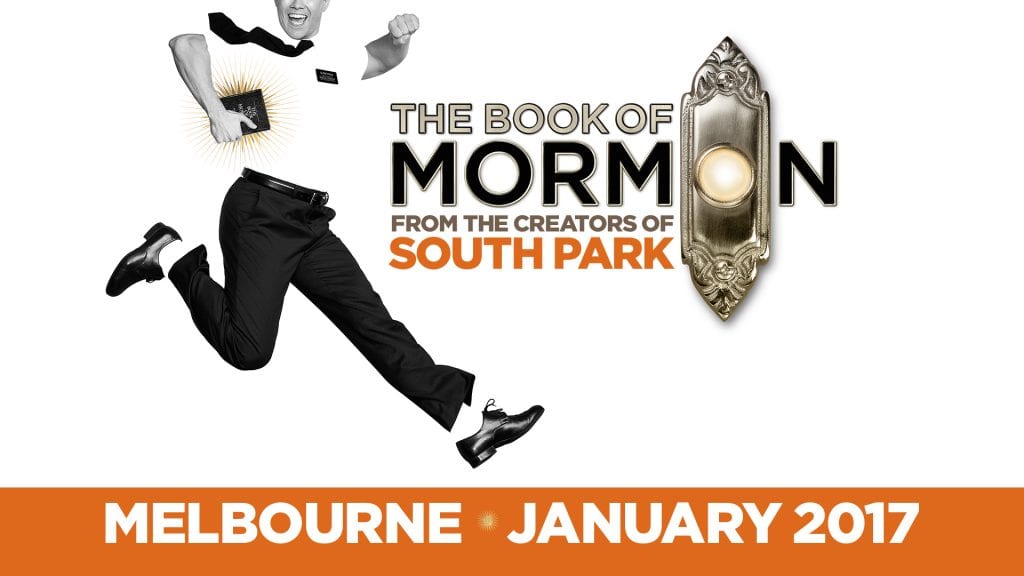 Following several pre-booking periods over the past couple of months, it has been announced that tickets for the Melbourne run of The Book of Mormon are on sale from today. This award-winning musical, written by Trey Parker (South Park), Matt Stone (South Park) and Robert Lopez (Avenue Q, Frozen), will be performed at the Princess Theatre from 18 Janaury 2017.

In addition to the work of Parker, Stone and Lopez who provided the book, music and lyrics; they are joined by a sizable creative team. Directed by Casey Nicholaw and Trey Parker, The Book of Mormon has choreography by Casey Nicholaw, set design by Scott Pask, costume design by Ann Roth, lighting design by Brian MacDevitt, sound design by Brian Ronan, orchestrations by Larry Hochman and Stephen Oremus and music supervision and vocal arrangements by Stephen Oremus. The Australian cast has not yet been confirmed, but expect to hear more as the year continues.

Tickets to see The Book of Mormon are currently on sale for performances up to 26 March 2017. These can be purchased via Ticketmaster.