Square Enix Release Music Samples for Upcoming Launch of The World Ends With You: Crossover 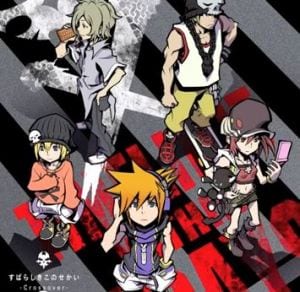 While the announcement and release has been made of The World Ends with You: Solo Remix to both Japanese and North American markets, there is still yet one more thing for the company to release. The secret announcement of the games iOS port was not unveiled when the countdown page hit 0, but rather through a leak from a product listing of The World Ends with You: Crossover (Subarashiki no Kono Sekai: Crossover | すばらしきこのせかい – Crossover -), a soundtrack for the game.

The soundtrack has already been confirmed to be launched on the 20th September 2012 for ¥1,890 and will consist of both original songs and new remixes/songs from the iOS version. Square Enix, through their Youtube channel previewed a number of these tracks – which for your listening pleasure I have included below.