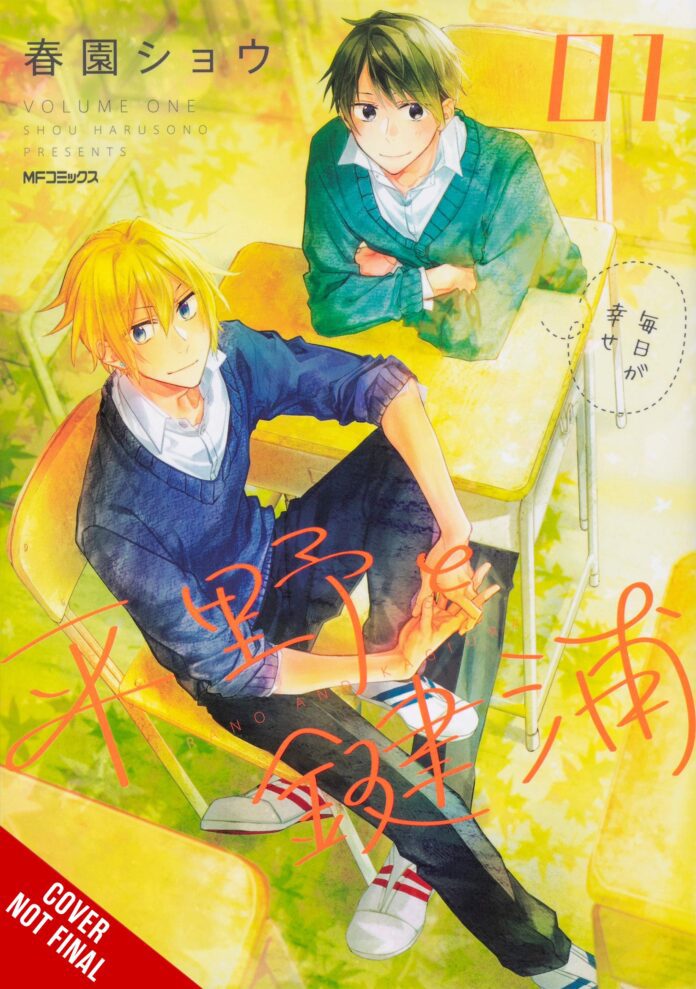 Making their first acquisition announcement of May 2022, publisher Yen Press has today confirmed they now hold the international rights to Hirano and Kagiura, a spin-off to the boys love series Sasaki and Miyano. The two characters, previously secondary characters in the main works, will receive a new level of attention in October 2022 when Volume 1 will be released. Expect to hear a more specific release date very soon.

This announcement comes following the publication of the fifth volume of Sasaki and Miyano and the finale of its anime adaptation, which Yen Press claims “left fans hungry for more”.

About Hirano and Kagiura

Basketball players. Bad boys who aren’t really bad boys. Roommates. Senpai-kouhai BL romance. It all started when Kagiura moved into the school dorms with what seemed to be a bad-boy upperclassman. But after he’s left in the tender care of his mother hen of a roommate, Hirano, it’s too much to ask for Kagiura not to fall in love…right?!

From the author of Sasaki and Miyano comes Hirano and Kagiura, a spin-off filled with answers to the questions Miyano never knew he had. Do they like-like each other? Are they dating? What juicy things do they get up to behind closed doors?!