North American anime publisher Seven Seas Entertainment have spent the last week announcing a broad plethora of manga acquisitions, several of which will make up the foundations of their 2017 release slate. These will target a broad range of genres and interests, featuring everything from an adaptation of a yuri visual novel to a re-imagining of a beloved story many of us would have seen before.

Want to know more? You can find the full list of Seven Sea’s recent acquisitions below:

Secret of the Princess 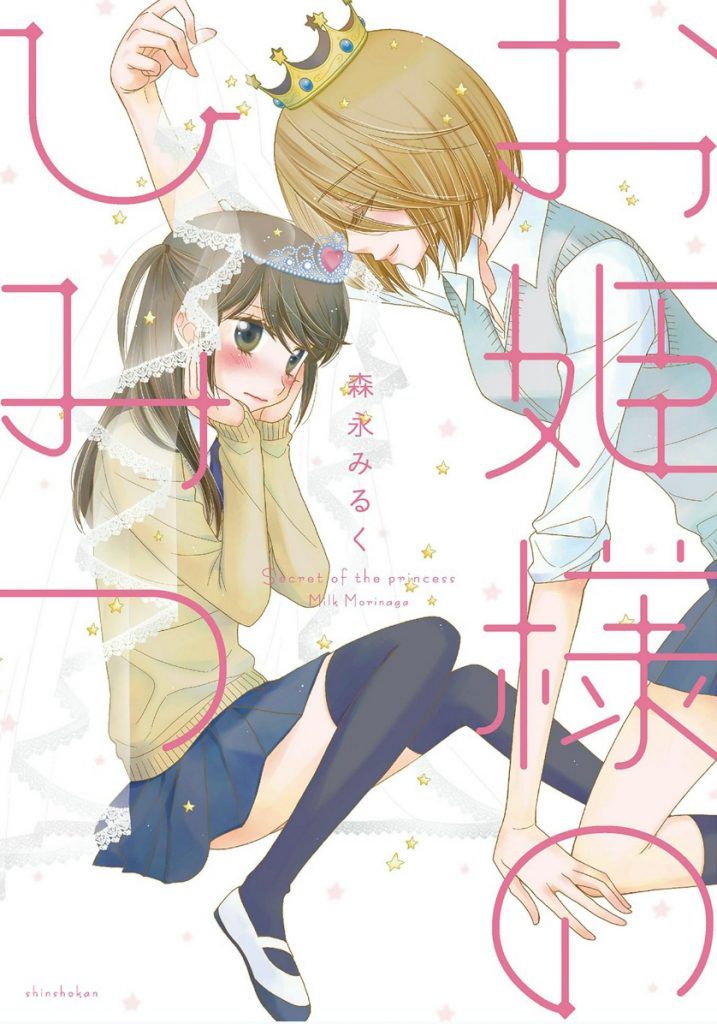 Fujiwara is the school’s most admired student and captain of the volleyball team, but her reputation is at risk when she accidentally breaks the principal’s most prized possession, a priceless vase. Fellow student Miu witnesses the accident, and Fujiwara begs her not to tell. In exchange, she’ll do whatever Miu wants. It turns out that what Miu wants is to date Fujimaru! Although this wasn’t an arrangement that either girl expected, the two soon discover that breaking the vase may have been destiny’s way of bringing them together.

Milk Morinaga is easily one of the best known creators of yuri manga and we’re thrilled at the reception her previous books have received in North America. Secret of the Princess is a really great title, short but sweet. As much as we love on-going titles like Girl Friends, sometimes it’s really refreshing to have a story tie up neatly in a single volume, and Milk Morinaga does not disappoint. 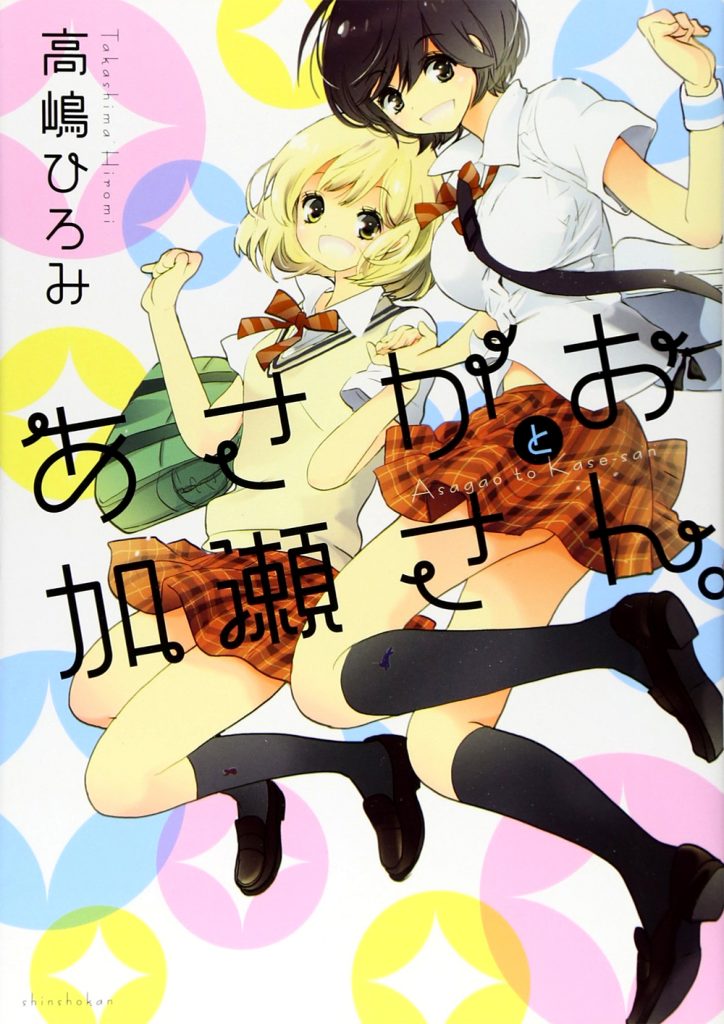 Yamada may be shy and rather clumsy, but the flower gardens at her school have always brought her happiness. Suddenly, a different sort of beauty catches her eye—the vivacious track star, Kase-san. Although the two girls don’t seem to have much in common, they soon start a romance where each must learn an important lesson in tending their budding relationship. Can the two girls, so different from each other, learn how to make their first love blossom?

Kase-san and Morning Glories is one of our most requested yuri titles, and we’re delighted to be able to publish it. Hiromi Takashima’s artwork is fantastic, and her storytelling is very sweet. We think yuri fans will love to add Kase-san to their collections. 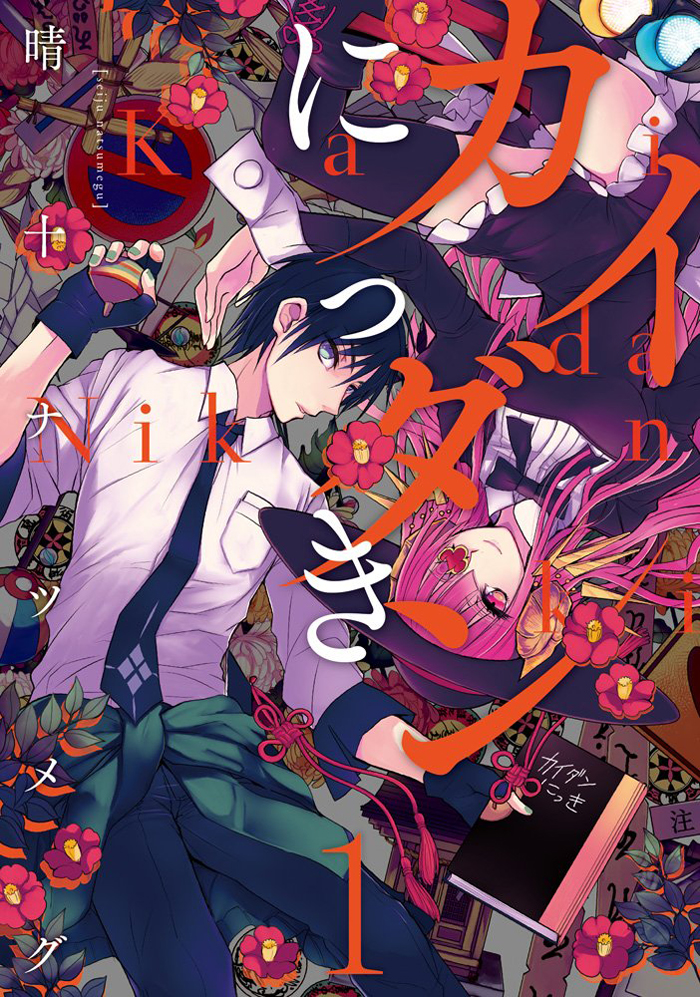 Sukami Kyouichi comes from a family of exorcists, the strongest of whom has always been his sister, who keeps a special notebook by her side that details how to defeat even the most malevolent of ghosts. One day, shortly after his sister rescues young Kyouichi from a haunted shrine, she goes missing. Six years later, with only the notebook as his guide, Kyouichi is confronted by someone claiming to have been his sister’s friend. Who is this stranger, and what does she know about his sister’s disappearance?

Once we saw the lavish covers for Ghost Diary, we couldn’t look away, and the interior content did not disappoint. Seiju Natsumegu has woven together a suspenseful story of ghostly hauntings and sibling connection, littered with memorable characters. Ghost Diary is a fantastic addition to our ever-growing library and we’re proud to be publishing Seiju Natsumegu’s debut work.

Kindred Spirits on the Roof 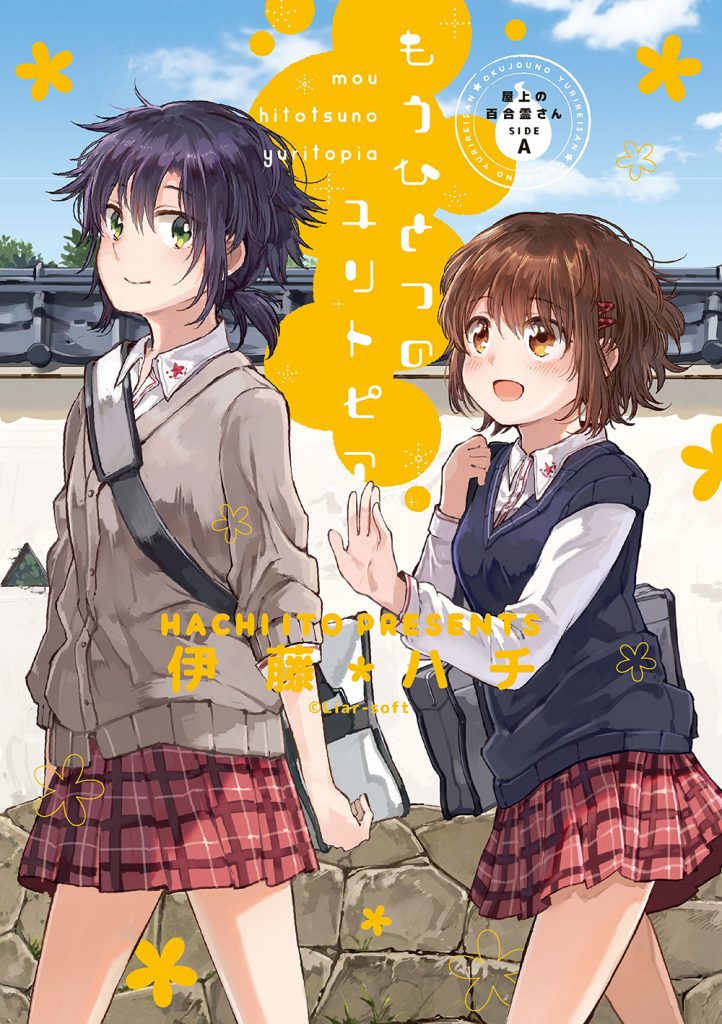 Mako and Shiori have been best friends since they were children, but when Mako suddenly confesses her love to Shiori, all Shiori can do is run away! One year later, Shiori sees Mako and decides she wants to rekindle their friendship. Can the two girls go back to their relationship the way it was before or are they ready for it to evolve into something else?

Meanwhile, fellow student Hase Chiharu loves seeing yuri romance play out. For that reason, she becomes enamored by two senior classmates, Natsuki and Rika, a power couple in the school’s Quiz Show Club. When Chiharu joins the club so she can be closer to them, she meets the adorable Tokino. Tokino can’t take her eyes off their beautiful upper classmates either, and as Chiharu and Tokino observe the couple together, their own sweet relationship begins!

We’re always on the look out for fun new yuri series and Kindred Spirits on the Roof’s companion manga caught our eye pretty quickly. MangaGamer did a great job localizing the game for English audiences, and we’re eager to provide fans of the game, and yuri readers in general, a sweet revisit to this yuritopia! 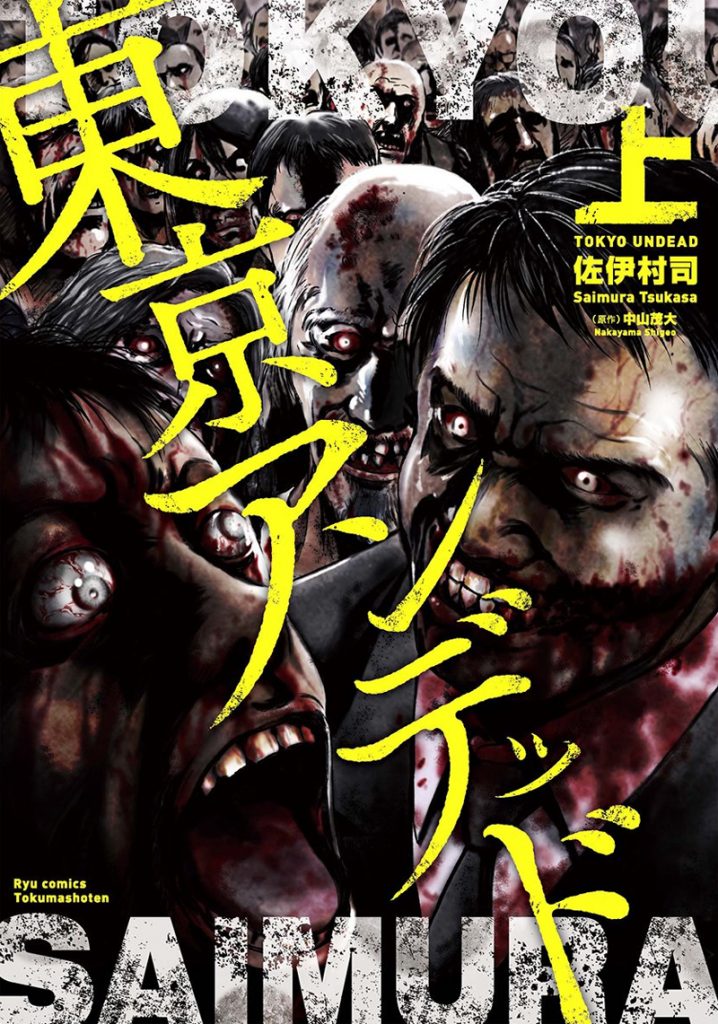 After a man-made pathogen known as the K virus is accidentally released from Fieldwar Labs in the heart of Tokyo, the city is overrun by flesh-eating zombies. In the hopes of saving the last-remaining survivors of this apocalypse, an organization known as Madara sends out its rookie member in a last-ditch effort to find a cure. Young Itachi must survive the zombie-ravaged streets of Tokyo while searching for the missing key that’s integral to Japan’s survival!

Tokyo Undead is a great self-contained horror story. While we continue to publish Katsuhisa Kigitsu’s ongoing Hour of the Zombie series, we knew we had to get this series, which is his debut zombie work. It’s a tense story filled with twists about trying to survive a zombie apocalypse in one of the world’s most densely populated cities. No simple task! 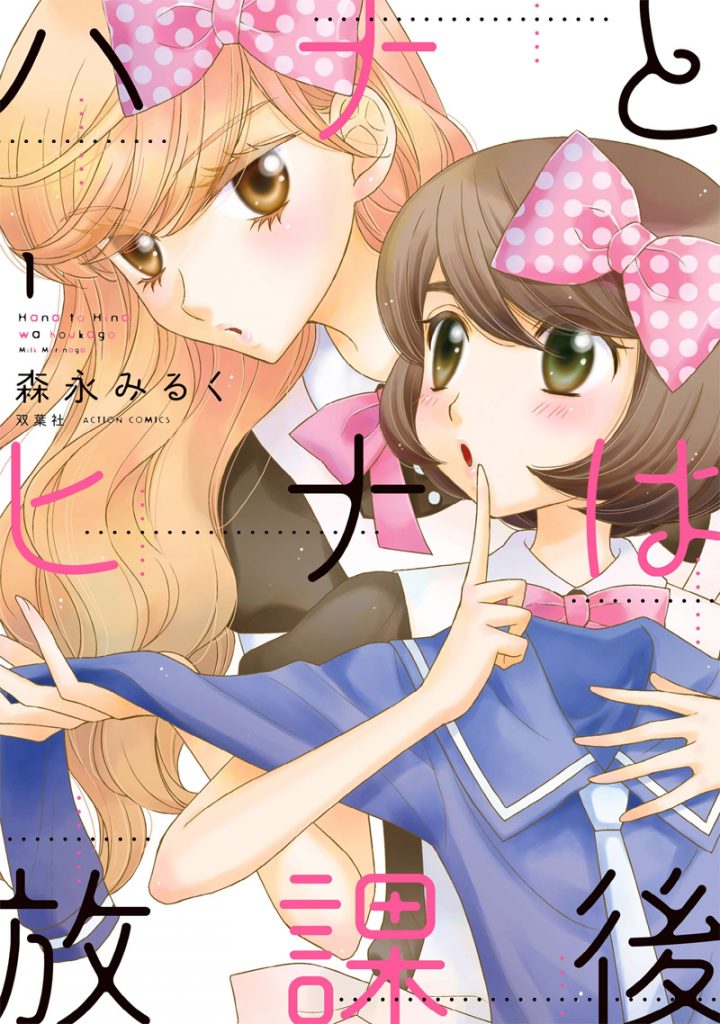 Hana and Hina are two high school girls working at the same character goods shop, but they are completely different from one another.  Hana is petite, uncertain and shy, while Hina is tall, confident, and trendy. Yet they share a secret: their school has a strict policy against taking part-time jobs. They also discover that both of them share an irresistible attraction to things that are cute, be it the uniforms at their all-girls’ school or…each other! Just how long will Hana and Hina be able to keep their afterschool jobs, and their feelings for each other, a secret?

You can never have too much of a good thing, and I put Milk Morinaga’s works into that category. Hana & Hina After School is Milk Morinaga’s newest ongoing yuri series, and we’re as eager as our readers to see where this adorable on-the-job romance between Hana and Hina goes!

There’s A Demon Lord on the Floor 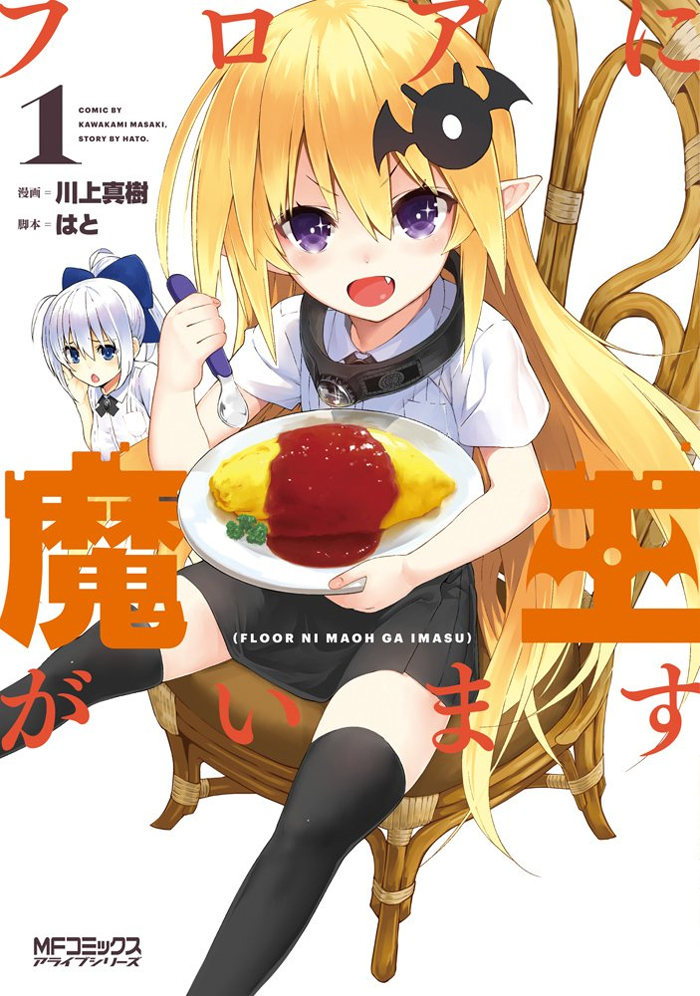 Amon Patricia is a powerful Demon Lord who one day finds herself on the receiving end of a vicious attack by the Clan of Light. Fleeing to fight another day, Patricia finds herself in the human world! Looking to blend in, she immediately seeks work and finds herself on the doorstep of the Humming Dining restaurant. She falls in love with their cooking immediately, and now the head chef has plenty more on his plate as he must sate the Demon Lord’s appetites, while shaping her into the perfect employee!

There’s a Demon Lord on the Floor is a hilarious manga series. If you’re a fan of cute demon girls, you’ll love this series.

The Girl From the Other Side: Siúil, a Rún 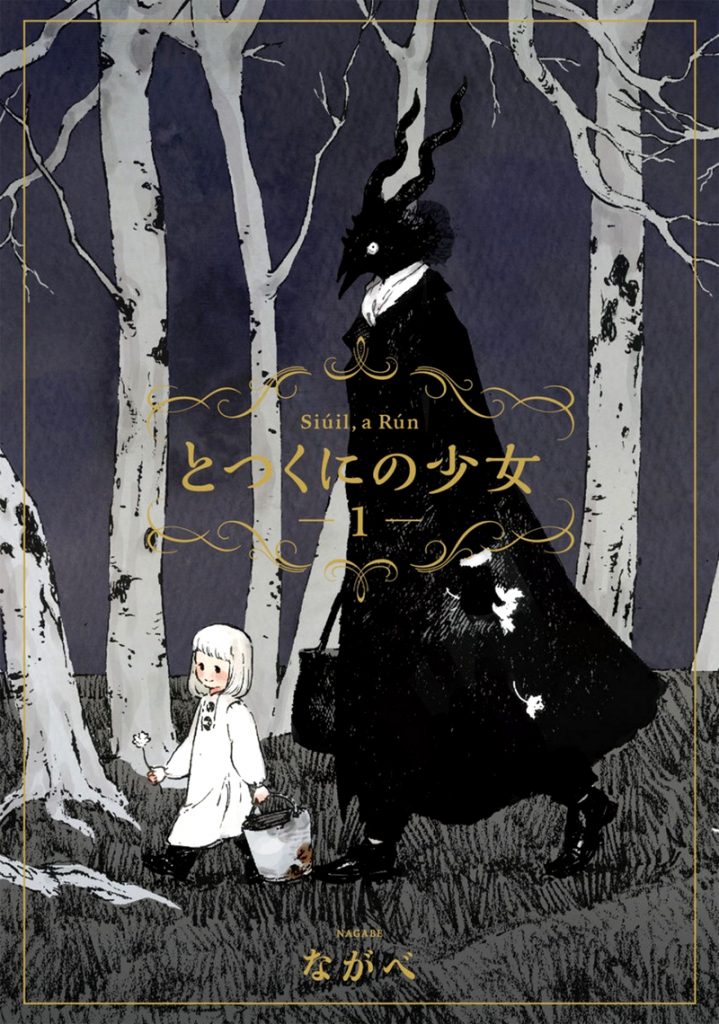 In a world split between the Inside and the Outside, those living in both realms are told never to cross over to the other side, lest they be cursed. A young girl named Shiva lives in a vacant village with a demonic guardian known only as “Teacher.” Although the two are forbidden to touch, they seem to share a bond that transcends their disparate appearances. But when Shiva leaves Teacher’s care to seek out her grandmother, the secret behind her mysterious living arrangement comes to light.

The Girl From the Other Side is simply too beautiful for us to pass up. Nagabe has crafted a haunting but heart-warming story about a young girl and her mysterious guardian. There’s such great suspense with its ethereal tone. The series is currently published in the same magazine as The Ancient Magus’ Bride and we think our readers will really enjoy The Girl From the Other Side alongside it. 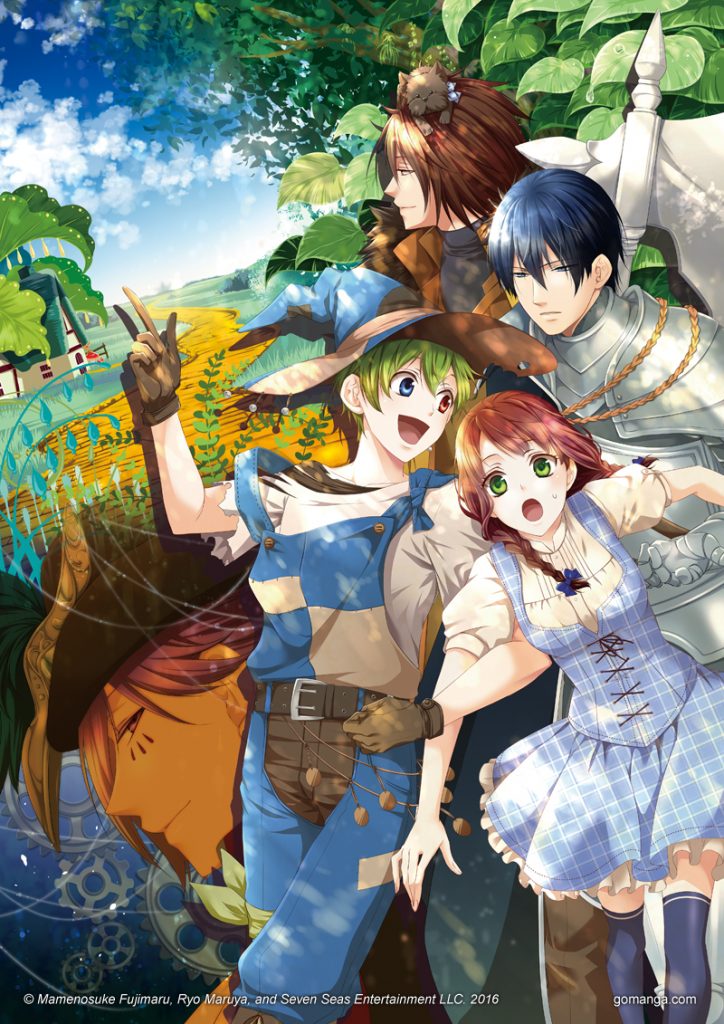 Dorothy Gale, along with her beloved dog Toto, finds herself whisked away by a tornado to the mysterious land of Oz. Something about this strange place feels oddly familiar, but Dorothy just wants to go home. Following the advice of a kindly Witch, Dorothy must travel to the Emerald City and seek out the Wizard of Oz, who alone has the power to send her back to her world.

Alongside a trio of fascinating new companions, and a mysterious young man known as “Zero,” Dorothy must follow the Yellow Brick Road on her journey to escape Oz and some of its less than friendly denizens, the evil Witches. Yet even though all this seems to be happening for the first time, Dorothy feels as if they have all met before… Buried secrets and conflicted romance await Dorothy as she travels through the wonderful land of Oz!

We’re absolutely thrilled to be working directly with a Japanese artist of Mamenosuke Fujimaru’s standing. Fujimaru is the defining artist for the Alice franchise, and as such, we reached out to her to create a new take on The Wizard of Oz world, with an otome game-style spin to the story. Along with her co-author, Ryo Maruya, Fujimaru has crafted an amazing story and world that is sure to captivate fans of the Alice in the Country of… series.