Been looking at getting yourself some officially translated manga from Japan however no publisher has picked up the rights to your favourite series? Yen Press announced an impressive compilation of 8 new acquisitions during last weekends New York Comic-Com which might just whet your appetite!

Take a look at the full list below to see if anything captures your interest. Do note that all of these are manga acquisitions and not novel acquisitions: 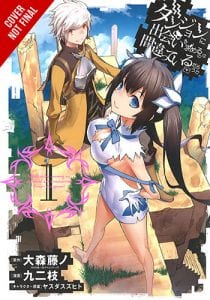 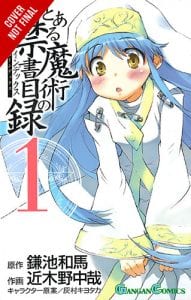 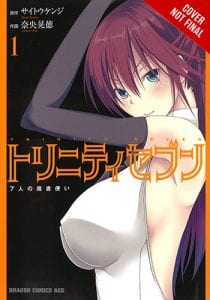 Is It Wrong to Try to Pick Up Girls in a Dungeon?
Fujino Omori, Suzuhito Yasuda

Bell Cranel is just trying to find his way in the world. Of course, in his case, the “world” is an enormous dungeon filled with monsters below a city run by gods and goddesses with way too much time on their hands. He’s got big dreams but not much more when a roll on the random encounter die brings him face-to-face with the girl of his dreams—but what’s an amateur adventurer got to offer a brilliant swordswoman? And what if the lonely goddess who sponsors his solo adventuring gets jealous…?!

Some guys get all the luck. And then there’s Touma Kamjou—he gets NONE of the luck. He might live in Academy City, a place full of more super powered students than you can shake a stick at, but his only superpower is his supernatural lack of ability. All Kamijou wants is to keep a low profile, but when a nun named Index comes into his life, it gets more complicated and more dangerous than ever!

Arata Kasuga transfers to the Royal Biblia Academy to solve the mystery of the destruction that is ravaging the world and—more importantly—has stolen his cousin Hijiri from him. It’s a tough road that lies ahead of Arata, but nothing’s impossible when you have seven beautiful girls—each a master of her own magical art— at your side! 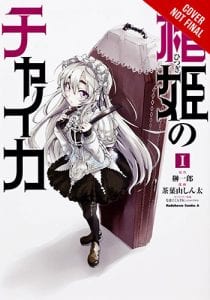 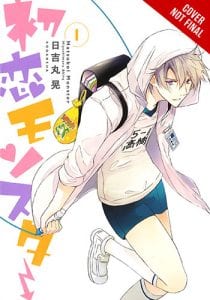 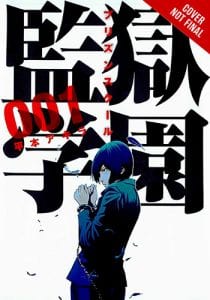 Five years of inconceivable peace after two hundred years of war leaves erstwhile soldier Tooru Acura without a job or meaning in life—until he saves a mysterious sorceress with a coffin on her back. But when the coffin-wielding, silver-haired Chaika Trabant hires Tooru and his sister, Akari, to accompany her on a death-defying journey, Tooru’s life of mind-numbing, meaningless peace is about to end!

When fifteen-year-old Kaho Nikaidou leaves her sheltered home to start life anew in a Tokyo high school dormitory, the last thing she expects is to nearly get hit by a truck! Saved in the nick of time by a handsome stranger, Kaho falls head over heels for him and, after finally tracking him down, boldly confesses her feelings. Turns out Kaho’s mystery savior, Kanade, is the son of Kaho’s new landlord! The handsome object of Kaho’s affection agrees to go out with her, but her newfound bliss is short-lived when it turns out that her new boyfriend…is a fifth-grader?!

Hachimitsu Private Academy was a revered and elite all-girls’ boarding school on the outskirts of Tokyo…once upon a time. But with the new school year comes a revision to school policy: Boys are to be admitted into the student body for the first time ever. But on his first day at Hachimitsu, Kiyoshi Fujino discovers that he’s one of only five boys enrolled at the school. Their numbers overwhelmed by the thousand girls in the student body, is it heaven or hell that awaits these five (un)fortunates?! 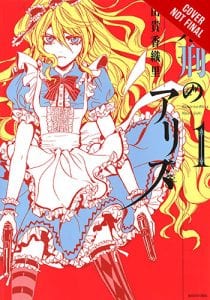 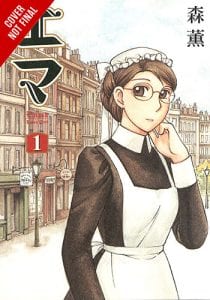 The Mad Tea Party…To members of the elite house of Kuonji, a clan whose name has incredible pull all over the world, this monthly gathering is the only tried and true (not to mention mandatory) family tradition. But one such family reunion brings with it some unexpected and horrific news for the nine Kuonji siblings, and it comes straight from the lips of their mother Olga. To become the next head of their illustrious family, the siblings must fight each other to the death! As chaos erupts, Stella, the fourth daughter, loses it, and suddenly a whole new Stella, complete with blonde hair and blue dress, comes out to play?!

Calling upon his inimitable former governess one day, young aristocrat William Jones is startled to find his knock on her door answered by an astute, bespectacled maid—Emma. From that moment forward, the two are drawn to each other and slowly but surely grow ever closer. But as the love between Emma and William builds, so too do the obstacles that threaten to keep them apart. For in Victorian London, some things are simply not done, and marrying outside of one’s social class just happens to be one such taboo! Set against a backdrop of Victorian England that comes to life with painstaking detail, Kaoru Mori’s Emma is a period classic that is not to be missed!

Penelope—Peppi—Torres, a shy new transfer student, wants nothing more than to fit in and find a place among her fellow artistically inclined souls. The last thing she wants is to stand out. So when she bumps—literally—into quiet, geeky, friendly but friendless Jamie Thompson and is teased as the “Nerder’s Girlfriend,” Peppi’s first embarrassed instinct is to push him away and run. Though she later feels guilty and wants desperately to apologize for the incident, Peppi always ends up chickening out. She has no reason to speak to him anyway, until she ends up bumping—figuratively and continually—into Jamie again! Will these two opposites ever see eye-to-eye, let alone become friends?