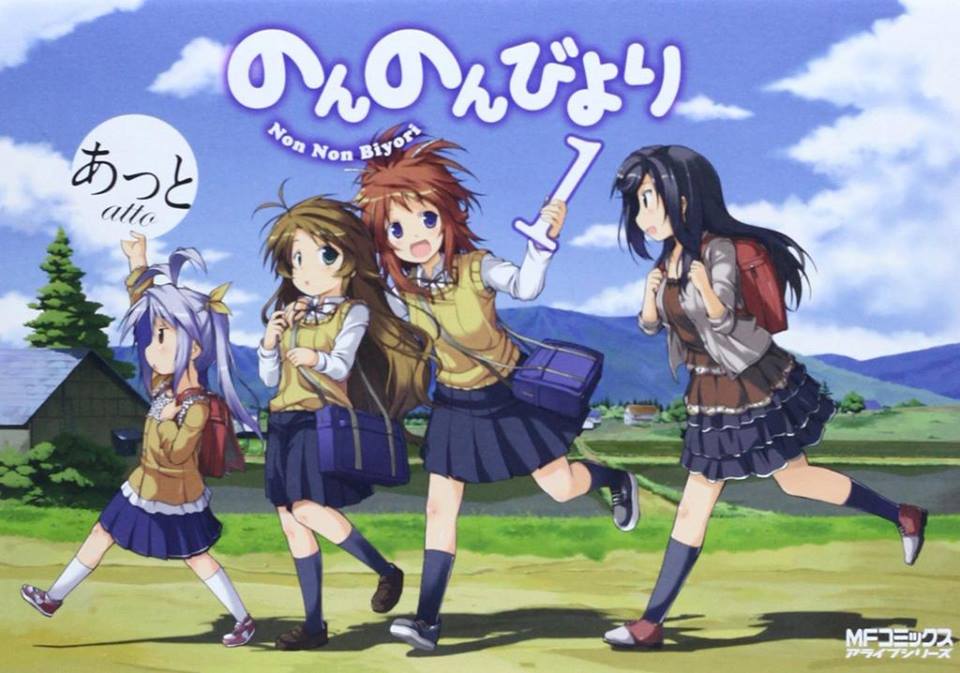 Over the first seven days of this month, the team at Seven Seas Entertainment will be announcing a different manga acquisition for release beginning in 2015.

The first of these announcements has been confirmed as Non Non Biyori, an adorable slice-of-life manga featuring writing and illustrations by Atto. The first volume will be released in June 2015 however, meaning there is still an excessively long wait until you can begin collecting the series.

When Hotaru Ichijo transfers from a school in Tokyo to the tiny little Asahigaoka Branch School in the rural countryside, she should be experiencing major culture shock.  After all, there are only three other girls in the school, and none of them are even in the same grade as her.  But she quickly finds herself adjusting to spending her time with first grader Renge and the Koshigaya sisters, Natsumi and Komari, who are in the seventh and eighth grade, respectively.  And the Koshigaya’s older brother, the only male student, isn’t so hard to get along with either.  Maybe it doesn’t hurt that Hotaru’s a little mature for her age, but there’s something about the laid back lifestyle that makes her feel right at home and comfortable.  Even if it is 20 minutes by bicycle to the only place that sells comics and the video store is ten train stations away.  It’s a big change from the big city, but there are still plenty of new adventures to look forward to as Hotaru learns that “home” really is where the heart is in NON NON BIYORI.