During this weekends Comic-Con International festivities, North American manga publisher Kodansha Comics USA took to the stage and announced four brand spanking new manga acquisitions for release starting in 2014. The first of these was Say “I Love You” (Sukitte Ii na yo./ 好きっていいなよ。) by Kanae Hazuki which is set to begin publication in April 2014 with additional volumes released every two months.

Mei Tachibana has spent her 16 years without a boyfriend or friends. One day, she injures the most popular boy in school, Yamato Kurosawa, due to a misunderstanding. For some reason though, it seems that he takes a liking to her and one-sidedly claims that they’re friends. Furthermore, he not only protects Mei from a stalker, but does so with a kiss…?!! 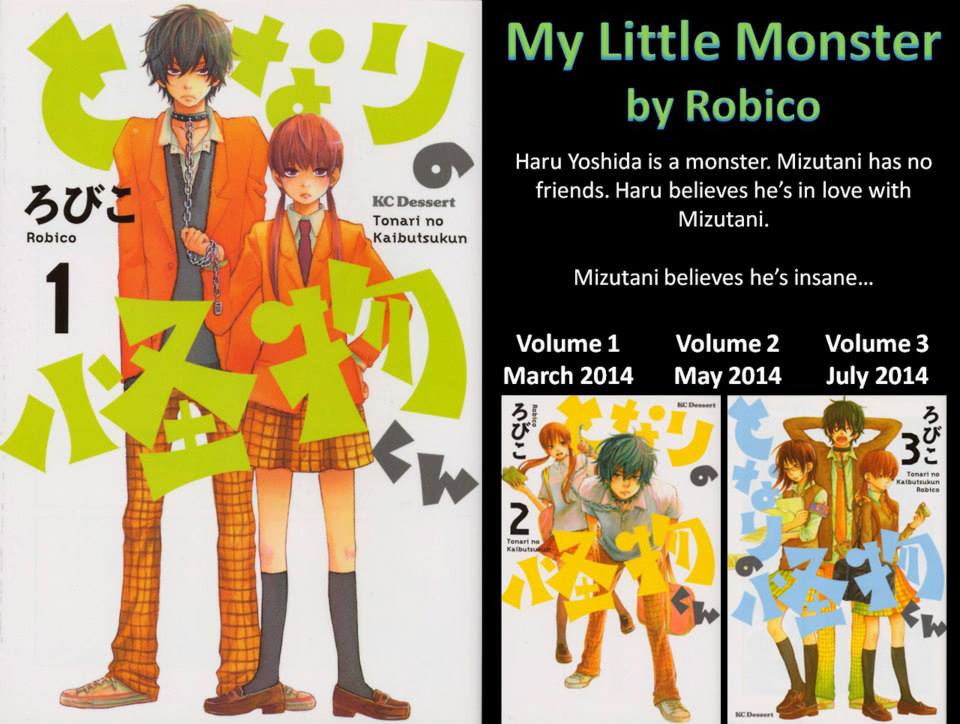 The second acquisition is My Little Monster (Tonari no Kaibutsu-kun / となりの怪物くん) by Robico which celebrated an anime adaptation in 2012 which from memory has yet to be picked up by anyone. Currently plans are set to have it being publication in March 2014 with additional volumes released every two months.

Mizutani Shizuku is the type of person who only cares for her own grades. But when she accidentally delivers lesson notes to Yoshida Haru, he becomes convinced they are friends.  Haru turns out to have a very innocent personality, but who would’ve thought that Haru would actually confess to Shizuku?  A cold-hearted girl and super-troublemaker romance with a fresh new perspective.

Their third acquisition is Monster Soul (モンスターソウル) which was written by Hiro Mashima. Currently the company have planned to split the nine chapter series over two volumes, the first in May 2014 and the second in August 2014. 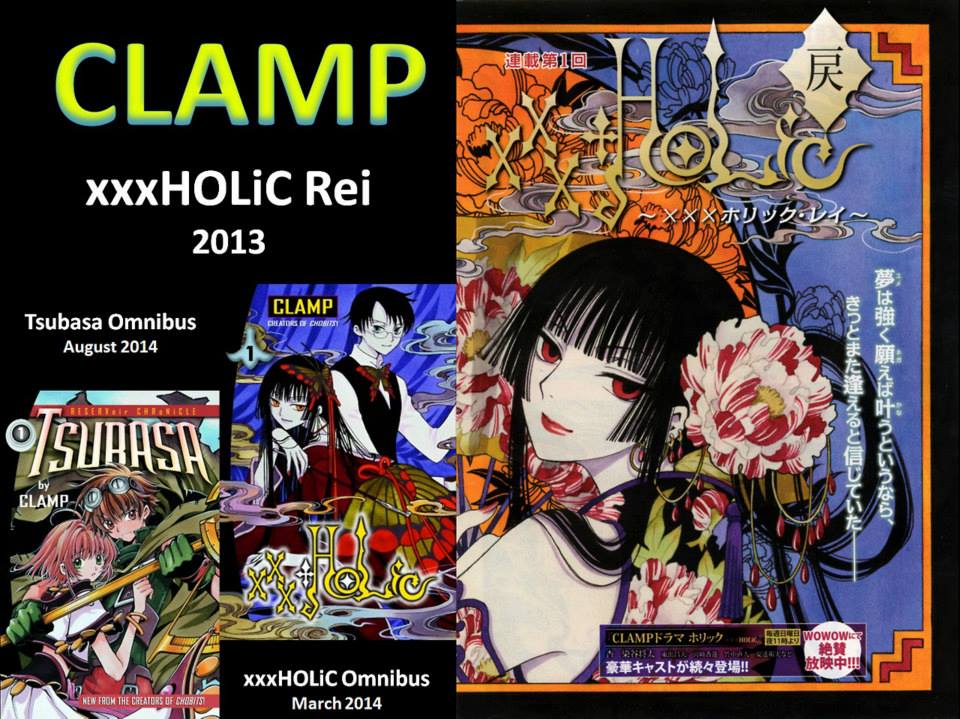 Lastly Kodansha Comics USA have confirmed that they will be bringing xxxHolic Rei sometime in 2013, as well as bringing three-in-1 Omnibus releases of xxxHolic and Tsubasa from March and August 2014 respectively.