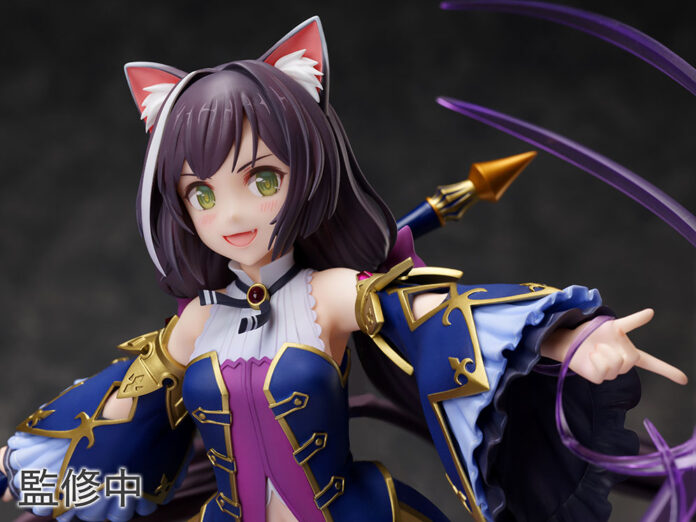 With Cygames’ smartdevice RPG now being active for a few years in the Japanese market and an anime adaptation having recently concluded, it should come as little surprise that figures adapting its many characters are beginning to become more prevalent in the Japanese market. Two such characters, Kokkoro and Karyl, are the next to receive rather pricey figures.

Featuring each character in their default outfits, these two 1/7 scale figures have been manufactured by FuRyu with sculpting work by Matsuo Moineau. Both are due to launch in February 2021 and March 2021 for Karyl and Kokkoro respectively, and feature their respective characters using their individual magical abilities.

Launching first is Karyl, the pricier of the two coming in at a recommended retail price of ¥18,800 excluding tax. The official pre-order period runs from now until 12 November 2020, although may differ depending on available stock, and will launch sometimes in February 2021. She comes in at 240mm tall.

Launching next is Kokkoro, who will be available for a slightly lower recommended retail price of ¥17,300 excluding tax. Her official pre-order period runs until 19 November 2020, although again, may differ depending on available stock. She is planned to hit store shelves sometime in March 2021. Her height is slightly shorter than Karyl, coming in at 220mm tall.

While featuring a smaller cast of characters than other CyGames developed titles including Granblue Fantasy and The [email protected] Cinderella Girls: Starlight Stage. Most of Princess Connect Re:Dive’s characters are very well designed, so hoping to see many more adapted into figures over the coming months.

One of the biggest memes surrounding Genshin Impact's mascot character Paimon is that the Traveller (your...