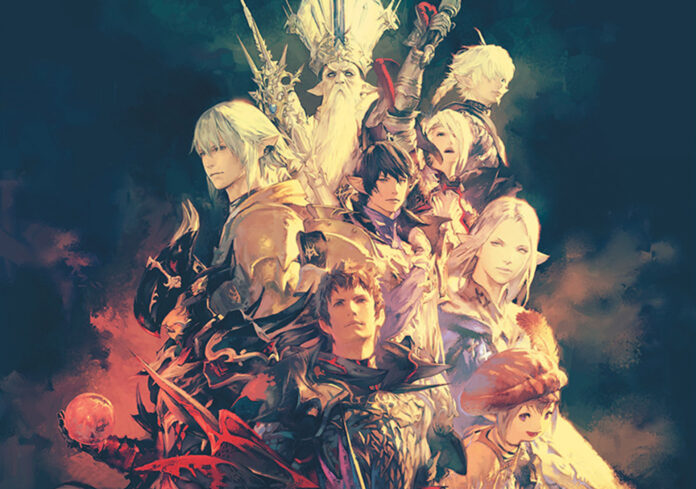 With a biannual development and publishing schedule for Final Fantasy XIV expansion packs, to date, Square Enix has released a base game and three expansion packs. With each offering new environments, characters, monsters and themes to explore – it should come as little surprise that artbooks on each release have been published. But seven years into the game’s release cycle, it should come as little surprise that some of the books have become increasingly hard to find. Fortunately, this won’t be the case much longer.

Square Enix’s new Manga & Books division has confirmed that four of the full-colour artbooks featuring the characters and world of Final Fantasy XIV: Heavensward and Final Fantasy XIV: Stormblood will be re-published between March and July 2021. They hope that “new players and veterans alike will have the opportunity to own these rich collections of illustrations and concept art spanning each expansion and their patch update content”.

Have you been hoping to claim one of the in-game artbook minions? Each artbook will also include a bonus item code for a specific minion.

More information, and a preview, of each artbook can be found below:

Scheduled for release on March 23, 2021, this volume presents the concept art and planning images that became the foundation for the aesthetics of Final Fantasy XIV: Heavensward. This art book includes full-color art and character sketches, as well as lore-related drawings of equipment, environments, as well as an exclusive bonus item code for an in-game Wind-up Relm minion.

FINAL FANTASY XIV: Heavensward | The Art of Ishgard -The Scars of War-

Scheduled for release on March 23, 2021, this high-quality, large-format art book contains illustrations and concept artwork covering content through the end of the Heavensward expansion, along with art team commentary. The book includes an exclusive bonus item code for an in-game Wind-up Hraesvelgr minion.

Scheduled for release on July 20, 2021, this art book offers hundreds of pages of breathtaking artwork from FINAL FANTASY XIV: Stormblood, with special commentary from the art team on how costumes are created. This book also includes a bonus item code for a Wind-up Yotsuyu minion.

Covering some amazing anime and video games from years past, western manga and art...

It may be a little bit of a pain for those whose wallets are...

Dreamed of commissioning artwork from your favourite artist but they have had their commissions...
Previous articleCrunchyRoll Announce Dozens of Titles Leaving Service on August 1st
Next articleSquare Enix Manga & Books Announce New Manga Acquisitions For 2021
Twitter Youtube
© The Otaku's Study
Go to mobile version