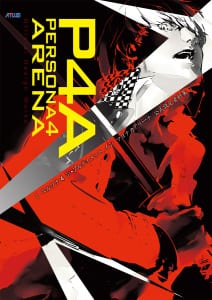 Publisher of English localized artbooks and manga Udon Entertainment have recently chosen to give Persona 4 Arena (Persona 4: The Ultimate in Mayonaka Arena) the chance to shine in an “official design works” release similar to the ones produced for Persona 3 and Persona 4.

While no specific release date has been confirmed yet, Udon have pretty much locked in a September 2013 release date via their official website. The book which comes in at 176 colour pages will be available for purchase at a recommended retail price of $39.99.

Fight and survive, heading towards the one throne waiting at the end in Persona 4 Arena! The fighting game spin-off to the legendary Persona 4 RPG is an instant classic! Now this spectacular art book collects the artwork behind the landmark title, including character designs, rough sketches, storyboards and pinups. All this plus character profiles, story summaries, creator interviews and more!