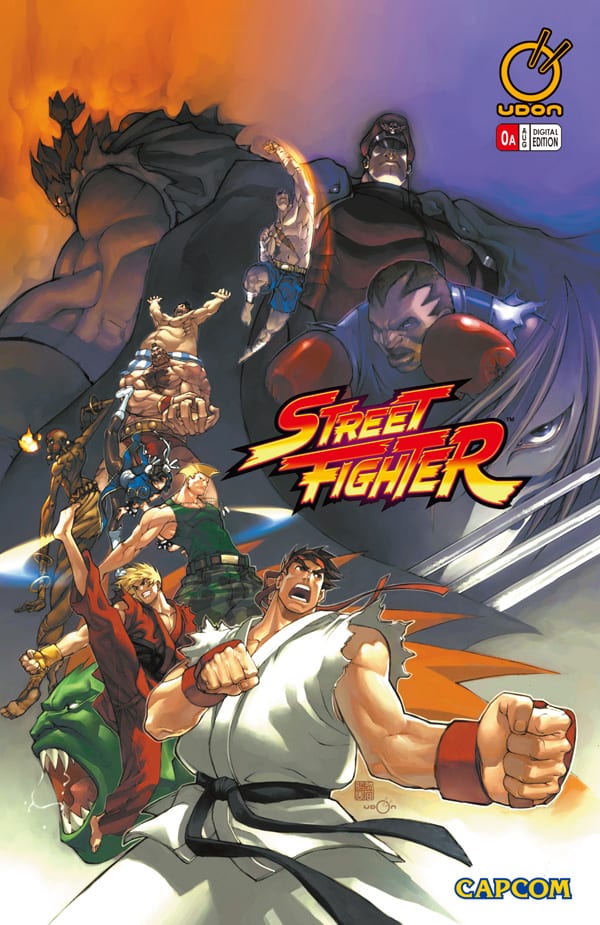 Comic-con International is once again upon us, and the artbook publisher Udon Entertainment have attended the event with news of a digital distribution agreement with the team at comiXology – the cloud-based digital comics platform with more than 40,000 comics and graphic novels on their service to date.

To commemorate the announcement, today sees the release of seven full-length comic books and graphic novels available for download from Udon Entertainment’s back catalog across comiXology’s entire platform including iPhone, iPad, Android, Kindle Fire, Windows 8 & the Web. This debut of seven initial titles will be quickly followed by more of Udon Entertainment’s back catalog along with new releases coming out same-day-as-print, including this fall’s epic Street Fighter Origins: Akuma original graphic novel.

The launch titles are:

We’re very excited to have many of UDON’s original and licensed works available through comiXology. We’ve been working hard to secure digital rights for many of our licenses for the past several years, and we’ve prepared a slate of licensed comics and graphic novels from our Street Fighter and Darkstalkers line, as well as selections from our manga, art book, and original graphic novel series’ that fans are really going to love. We’re especially excited to see our works transformed with comiXology’s Guided View reading technology and really see all the action of our comics and graphic novels unfold in a brand new way!

For those not aware of the service, SKEB is a website which allows clients to pitch paid requests to thousands of Japanese artists. What...
Read more
Anime

Due to COVID-19, it would not be practical for anyone to attend the Visual Arts Winter Fest 2020 event in Japan this year. Fortunately...
Read more