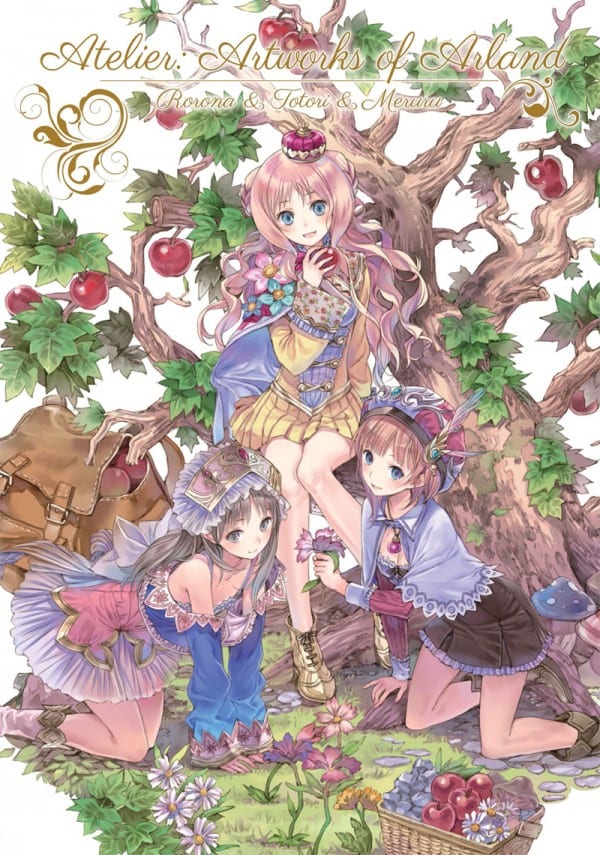 While GUST are still developing Atelier games for the Playstation 3, the Alchemists of Arland trilogy consisting of Atelier Rorona: The Alchemist of Arland, Atelier Totori: The Adventurer of Arland and Atelier Meruru: The Apprentice of Arland has been finished and as of May this year all been released in English by NIS America.

Udon Entertainment previously released Atelier Series: Official Chronicle and after what they have claimed to be a “stunning success”, the company has announced a second artbook Atelier: Artworks of Arland, a brand new collection of art from the JRPG series encompassing all three titles. This includes character designs of Mel Kishida, plus promotional art, pin-ups, rough sketches, character profiles, and more.

You should be able to pick yourself up a copy of this book from March 2013.