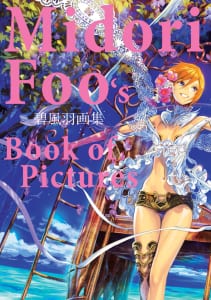 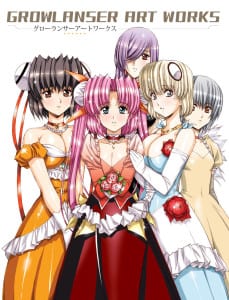 During the currently on-going New York Comic Con, Udon Entertainment announced a number of license acquisitions for new art book releases scheduled for 2013. The announcements span over anime, game and character graphic books. Below are the details for each of these books:

The Growlanser series of tactical role-playing games is a favourite of hardcore JRPG players with its gorgeous, intricate character designs, and dramatic storytelling.

Featuring materials from Growlanser 1 through 6, for titles appearing on the PlayStation, PlayStation 2, and PSP

Collecting illustrations from the series and original material created for anime magazines and other promotions… whether you want fun and sexy times at the beach or gorgeous Christmas and new year illustrations, you’ve now got Haruhi and co. for every season!

While her name may not be known to the general public, Midori Foo’s illustrations have graced video games, light novels, trading card games, art collections, and popular illustration magazines including Kikan S Magazine and FELLOWS! Magazine for years to come.

Following Udon Entertainment publishing the first official Hatsune Miku artwork in Pixiv Almanac earlier this year, the company has announced that they will be publishing not one but three Vocaloid Character Graphics Collections in 2013. Hatsune Miku, Len & Rin, and Megurine Luka will all start in their own character graphics collections, to meet the growing demand for Vocaloid-related artwork and products in North America!

Each volume features more than 30 artists’ spectaculr takes on the Vocaloid characters, from high-fashion to everyday activities, to pin-up style idol artwork to performance! More than 150 illustrations in each book!