Origin: Spirits of the Past Film Added to AnimeLab 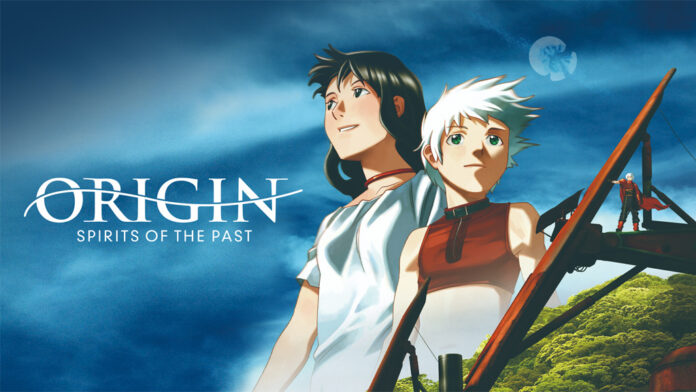 Perhaps just in time for that Sunday night anime binge before work tomorrow, Australian anime publisher Madman Entertainment has added the animated feature film Origin: Spirits of the Past to their AnimeLab video-on-demand streaming service. First screened in Japan in 2006, Origin: Spirits of the Past (Aka. 銀色の髪のアギト) is a 94-minute movie directed by Keiichi Sugiyama, with animation by GONZO.

The version of Origin: Spirits of the Past on AnimeLab offers both the original Japanese voice acting and English dubbing. The English dub cast includes some big names including, but not limited to: Christopher Patton, Carrie Savage, Christopher Sabat, Laura Bailey, Colleen Clinkenbeard, Luci Christian and Monica Rial.

As a feature film, Origin: Spirits of the Past will only be streamable by those with a Premium Subscription to the AnimeLab service. If you are one such person, click HERE to begin watching now.

About Origin: Spirits of the Past

Long ago, the Forest was awakened and the Moon unleashed a ravenous Beast upon the Earth. Centuries later, as humanity struggle to coexist with the Forest, Agito revives slumbering Toola, who calls forth ancient technology to reshape the future from the ashes of the past. With the blessing of the Forest, Agito must save Toola from herself in order to rescue them all.

While it not a wild guess to say that most fans of anime would...
Previous articleDrake Interplanetary’s DefenseCon Commences in Star Citizen
Next articleMiitopia (Switch)
Twitter Youtube
© The Otaku's Study
Go to mobile version