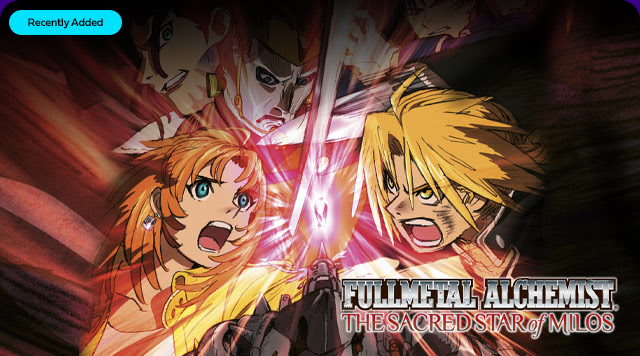 In a new addition to the service for their premium subscribers, Australian and New Zealand anime publisher Madman Entertainment has today added animated feature film Fullmetal Alchemist: The Sacred Star of Milos onto their AnimeLab streaming service. The 2011 film is an indefinite addition to their line-up, but is only available with the English dub. If you are a subscriber, you can begin watching HERE.

Need to catch up on the events of Fullmetal Alchemist: Brotherhood? You can watch all 64 episodes on AnimeLab by clicking HERE.

A fugitive alchemist with mysterious abilities leads the Elric brothers to a distant valley of slums inhabited by the Milos, a proud people struggling against bureaucratic exploitation. Ed and Al quickly find themselves in the middle of a rising rebellion as the exiled Milos lash out against their oppressors. At the heart of the conflict is Julia, a young alchemist befriended by Alphonse. She’ll stop at nothing to restore the Milos to their former glory – even if that means harnessing the awful power of the mythical Philosopher’s Stone.

GKIDS is most known for their work in bringing some of the world's iconic...

Over this weekend, North American anime publisher Sentai (Aka. Sentai Filmworks) has announced their...