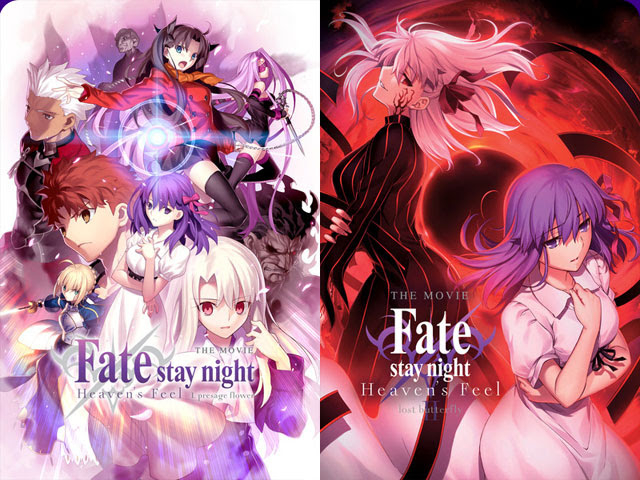 Australian anime publisher Madman Entertainment has today confirmed that Fate/stay night [Heaven’s Feel] III. spring song, the third and final film in the Heaven’s Feel trilogy, will be screening in cinemas from a limited time from 19 November 2020 onwards. While Australian venues have yet to be confirmed, several 4DX venues are confirmed to be holding screenings. Screening exclusively with the original Japanese audio and English subtitles, keep an eye out for your local cinema locations and times by clicking HERE.

Aren’t up to the third film yet? Through their AnimeLab video-on-demand streaming service, Madman Entertainment will be offering both Fate/stay night Movie: Heaven’s Feel – I. Presage Flower and Fate/stay night Movie: Heaven’s Feel – II. Lost Butterfly to their premium subscribers for a limited time. These will get you up to speed with everything you need to enjoy the third film.

Paid subscribers can click HERE to access a full listing of Fate anime seasons and films available through the service.

As Heaven’s Feel is the third story route in the original visual novel, you can also watch the previously aired Fate/stay Night and Fate/stay Night: Unlimited Blade Works TV anime via AnimeLab, which cover the full Saber and Rin story routes.

“I’m determined to become a hero of justice for Sakura.”

To save the girl…to enact the justice he’s chosen…
The young man will no longer turn a blind eye to the truth.

Mages (Masters) and Heroic Spirits (Servants) work together in the battles of the Holy Grail War…a fight for an omnipotent wish-granting container called the Holy Grail.
However, this war has become horribly twisted.

A young woman named Sakura Matou, with the sins she has committed, drowns in the murky darkness.
A young man named Shirou Emiya, who vowed to protect Sakura, works together with Rin Tohsaka and throws himself into the raging battle to put a stop to the Holy Grail War.
Illyasviel von Einzbern, as one of the few who knows the truth behind the conflict, confronts her own fate, while Zouken Matou uses Sakura to try to fulfill his own desires.

Will the young man’s wish reach her even as he challenges fate itself, battling against the rising tide?
The Holy Grail War is coming to an end…
The final battle is about to begin.

For anime fans in Texas headed to Anime Frontier this weekend, CrunchyRoll has a...

From 1 December 2022, anime fans in Australia, New Zealand, the United States, Canada,...
Previous article
Sarazanmai
Next article
Got Skills in Ghost of Tsushima: Legends? Latest #PSPlusPlays Challenge Is For You!
Twitter Youtube
© The Otaku's Study