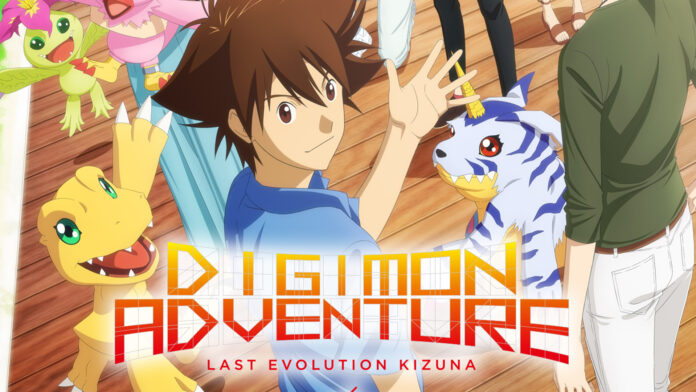 Bringing 20 years of adventures to an end, Australian anime publisher Madman Entertainment has confirmed that a limited cinema run of Digimon Adventure: Last Evolution Kizuna will begin in select venues starting 17 September 2020. As with many of Madman’s anime films which have hit the silver screen, there will only be a limited number of venues in each state, excluding Victoria which will have its screenings upon COVID-19 restrictions being lifted.

Victoria: To be confirmed

Only the English dubbed version of Digimon Adventure: Last Evolution Kizuna will be screened in cinemas, which retains many members of the show’s original voice cast, plus those featured in Digimon Adventure Tri. Following two TV anime seasons and a set of six OVA episodes, this is due to be the last canonical instalment in the original Digimon Adventure timeline. A rebooted series is currently airing in Japan.

Tai is now a university student, living alone, working hard at school, and working every day, but with his future still undecided. Meanwhile, Matt and others continue to work on Digimon incidents and activities that help people with their partner Digimon. When an unprecedented phenomenon occurs, the DigiDestined discover that when they grow up, their relationship with their partner Digimon will come closer to an end.

As a countdown timer activates on the Digivice, they realize that the more they fight with their partner Digimon, the faster their bond breaks. Will they fight for others and lose their partner? The time to choose and decide is approaching fast. There is a short time before “chosen children” will become adults. This is the last adventure of Tai and Agumon.