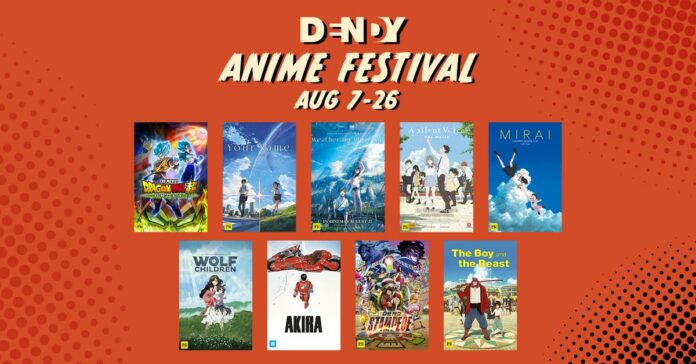 We are now at the stage in the COVID-19 pandemic timeline where cinemas are slowly able to open their doors to socially distanced audiences. If you have not been since they have reopened due to the films (usually classics from earlier years) on offer, this might be up your alley. From tomorrow (7 August 2020) through until Wednesday 26 August 2020, Dendy Cinemas in Sydney and Canberra will be hosting an Anime Festival of iconic works in the Madman Entertainment library.

The festival will feature nine films, including:

With the exception of Dragon Ball Super: Broly, all films will be presented with their original Japanese audio with English subtitles. If the idea of watching an animated feature film in a cinema sounds up your alley, visit the Dendy Website for more information on venues and times.

After making their North American debut at Anime Expo 2022 earlier this month, CrunchyRoll...
Previous articleYen Press to Publish Novelisation of ‘The Garden of Words’ in English This Month
Next articleNew Gaming Journeys Await in First Xbox Game Pass Update for August 2020
Twitter Youtube
© The Otaku's Study
Go to mobile version