Available from Hanabee in May and June 2017

Looking to purchase some new anime? Australian anime publisher Hanabee Entertainment have released their monthly set of anime releases for May 2017, and confirmed which title they currently plan to have released next month. This bimonthly haul includes a complete series release, a complete series box set and a second volume of another.

All of these titles can be ordered through the Hanabee website, or your local anime retailer.

You can read more about each of these titles below: 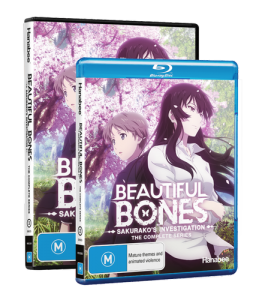 All your secrets are about to be laid bare.

Sakurako Kujo has a rather unique obsession much to, reluctant assistant, Shotaro Tatewaki’s chagrin. Solely focused in the pursuit of studying bones Sakurako does not have the time or tolerance for dealing with much else. But as luck would have it Shotaro is a magnet for the dead and so long as he keeps unearthing these remains the more mysteries are solved. 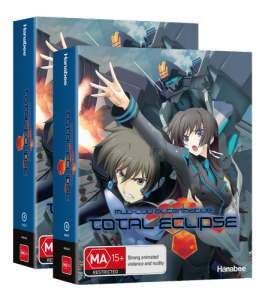 Survival of the fittest might not see humanity at the top of the food chain anymore.

Having fought with a hostile alien race known as BETA since 1967 humanity is at their last line of defence known as a Tactical Surface Fighter. For two pilots – Yui Takamura of the Imperial Royal Guards of Japan and Yuuya Bridges of the US Army – are about to be apart of Project Prominence, a last ditch effort to overcome these vicious creatures. 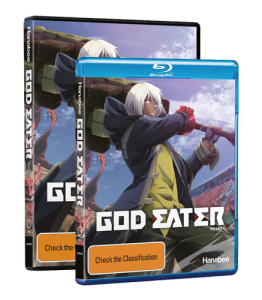 Barely surviving their encounter with the Dyaus Pita, Lenka and Alisa return to base both physically and mentally scarred. As they try and recover from their ordeal, Lindow is out investigating a reservation he has behind the “Aegis Project” and the Aragami. Will his suspicions be proven incorrect or is the “Aegis Project” not humanity’s only hope as it was originally touted.