Hanabee Entertainment to Release Trio of New Titles in March 2016

Australian anime publisher Hanabee Entertainment is set to release a trio of anime series on March 10th 2016, with pre-orders now being taken via the company’s official online store. On offer next month is a sequel to a magical girl spin-off series, a new Monogatari volume and something a little bit different for Hanabee. Information on these three titles, all of which will be available for purchase on DVD and Blu-ray, can be found below: 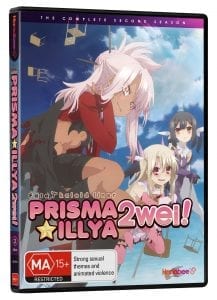 Being the hero isn’t what it’s all cracked up to be when you’re left cleaning up the mess. Illya and Miyu’s mission to seal the Ley Cards has had unexpected side effects. The ley lines are failing and now there’s a clone of Illya that has somehow manifested into her life. Although the two Illya’s share the same face, the two can’t be any more different in personality. Can Illya beat this imposter before she completely steals her powers and accomplish her goals? 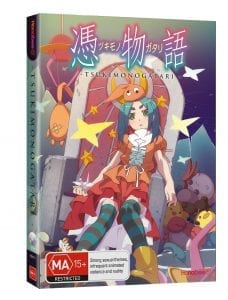 It’s feels a lot like déjà vu when Araragi stares into a mirror. It’s the month of February and before Araragi can complete his college entrance exams he needs to confront a truth he’s been avoiding – he can’t see his reflection. But it seems he’s not the only one aware of his situation, as an old acquaintance of Gaen’s enters the fray and he’s not as sympathetic as his past saviour. Can Araragi’s answer to his latest oddity problem be another oddity itself – Yotsugi Ononoki? 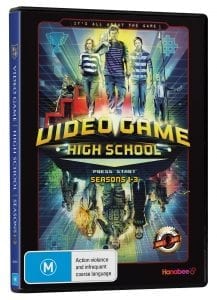 Formats: DVD and Blu-ray
Price: $34.99 for Either Format
Run Time: To Be Confirmed
Audio: English Only
Studio: Rocket Jump

Set in the near future, video games have become the world’s most popular competitive sport. A young gamer, Brian D, gets the chance of a lifetime when he’s accepted to Video Game High School: one of the most elite and prestigious facilities in the country. Get ready to experience the complete series of VGHS, where daring races, epic quests, and landing the perfect headshot is just another typical day.