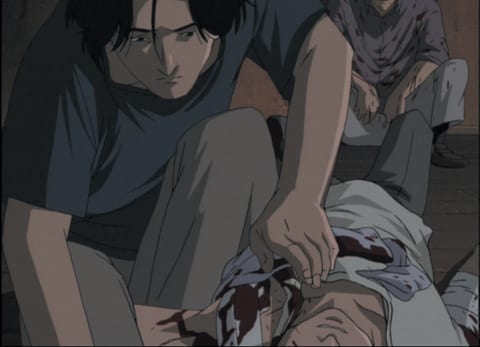 Following a slight delay, Australian anime publisher Siren Visual have recently confirmed via their social media channels that copies of their Monster box set are now making their way out to those that pre-ordered them. They have also confirmed that copies are now back in stock and can be ordered via their official website.

Spread over five volumes and fifteen discs, this box set contains the entire anime adaptation of Naoki Urasawa’s Monster. This set is currently the only one available in the western market, and comes with both the show’s original Japanese dub and newer English dub.

I reviewed Monster back in 2014, where it received silver in my Australian Anime Release of the Year Awards. While it has a more niche appeal than other anime series recently released on the market, those after something a bit lengthier, darker and quite sophisticated might find a lot to enjoy in Monster.

What Would you do if a child you once saved grew up to be a monster? An ice-cold killer is on the loose, and Dr. Kenzo Tenma is the only one who can stop him!

Tenma, a brilliant neurosurgeon with a promising future, risks his career to save the life of a critically wounded young boy named Johan. When the boy reappears nine years later in the midst of a string of unusual serial murders, Tenma must go on the run from the police who suspect him to be the killer.