May 2015 is Box Set Month from Hanabee Entertainment 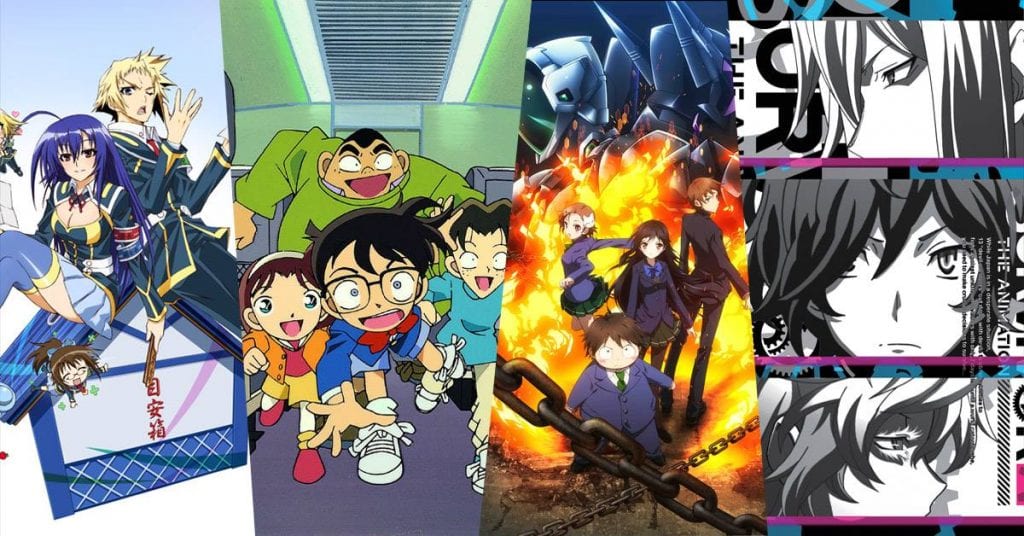 Australian anime publisher Hanabee Entertainment have no plans to publish any new titles this month. Instead, they are offering fans the opportunity to purchase three of their 2014 anime releases as part of complete series box sets, in addition to publishing Devil Survivor 2 on Blu-ray. Although this haul may not be that interesting to early-purchasers, it does lead into a June 2015 release slate which features Super Sonico and Familiar of Zero – Season 3 as new releases.

More information on all four releases from Hanabee this month can be found below. All four titles can now be purchased via the Hanabee Entertainment website or via select retail outlets.

Are you prepared to accelerate beyond your world?

In the near future our lives will be organised and played out through devices known as Neurolinkers. Utilising it enables access to a virtual reality where there are no limits on an individual, for Harayuki Arita, this is freedom.

Neither rich, popular nor particularly attractive, Harayuki spends his time building his ideal self here. He dominates this space until it is cruelly taken away from him from his high school bullies. However salvation is at hand when Kuroyukihime, the school’s most popular girl, offers him another chance to escape and become the person he’s always wanted to be. Except this offer has a catch and it deals with his life.

Delving into the virtual reality known as Accel World, Haru will need to learn quickly how to fight if he wishes to uncover the secrets of this world and become Kuroyukihime’s knight.

Meet Jimmy Kudo, one of the most lauded detectives in the Japanese Police Force and he’s still in high school! For him, the sinister underworld and their criminal inhabitants is just a regular day at work as he puzzles out the most difficult of crimes. But you don’t enter his line of work without creating a few enemies and some may even get him killed.

When an assassination attempt goes wrong, Jimmy wakes up to find that he is no longer in his body but has, in fact, regressed to his childhood self! Now Jimmy needs to keep his true identity a secret from those that he cares about the most. But there is only so much one can hide about them and it seems Jimmy’s crime solving lifestyle is not one of them and so begins the life of boy detective Conan Edogawa!

As the first order of business student council president, Medaka Kurokami, aims to solve the problems of her student voters. But with every problem solved Medaka is discovering a darker scheme at play with their school, Hakoniwa Academy, at the center of the matter.

What once was a normal high school life is quickly becoming an abnormal survival game. Can Medaka and her group of friends solve the mystery or succumb to the overwhelming power of the “13 Party”.

To Live or to Die?

When Japan is driven to the brink of despair by mysterious invaders called the Septentriones, humanity fights back using Devil Summoners, 13 people of great distinction who have made pacts with demons and been given the power to fight! This is the story where comrades’ deaths can be foretold, where mankind has been placed in the harshest of situations, a story of conflict and choices. Will they be able to survive the countdown to Armageddon! Their choices will decide the future in Devil Survivor 2 THE ANIMATION!