Out This Month From Madman Entertainment [March 2015 Edition]

While they have certainly not abandoned the market in the opening months of 2015, January and February 2015 were fairly slow months for Australian anime publisher Madman Entertainment compared to usual. Madman Entertainment have decided to greet March 2015 with a slew of new anime releases, all of which will be purchasable from the 11th. A full list of their titles for this month can be found below: 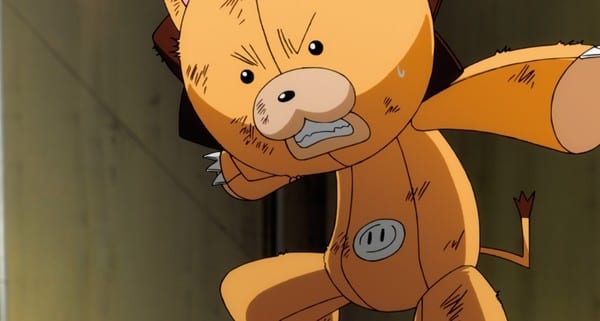 With Aizen’s defeat, peace has returned to the both the Soul Society and the World of the Living. But soon reports begin to surface of Soul Reapers going missing in the Precipice World, and Ichigo is a prime suspect. He and Rukia go on the run from the 13 Court Guard Squads, while in the World of the Living, Kon finds an unconscious girl lying in the street. When Ichigo and Rukia find out more about the girl, Nozomi, they realize their world, as well as the Soul Society, is in danger, and the Soul Reapers pursuing them and Nozomi are actually imposters known as Reigai, who have switched places with the missing Soul Reapers!

Based on the true untold story of the Soviet occupation of the Kuril Islands at the end of WWII and the trials experienced by the region’s tragically displaced Japanese inhabitants.

In the aftermath of the most devastating conflict mankind had ever experienced, the tiny island of Shikotan became part of the Sakhalin Oblast… and on the unhealed border in this remote corner of the world, friendship among children from two different countries timidly blossomed, striving to overcome language barriers and the waves of history.

As they enter the final stages of the great King of the Hill battle, Ryuko must face Uzu Sanageyama again after defeating the other three members of the Elite Four. But the combat is brought to a sudden halt when a mysterious girl clad in a gothic Lolita outfit and an eye patch suddenly appears. Her name is Nui Harime, and she claims to have killed Ryuko’s father, Dr. Matoi! Overcome by uncontrollable rage, Ryuko goes berserk and turns into a monster. Only Mako is able to knock some sense back into Ryuko, but not before Senketsu is cut into pieces by Nui.

Meanwhile, Satsuki and the Elite Four commence their Tri-City Schools Raid Trip, a large-scale invasion of the regions yet to be conquered: Kobe, Kyoto, and Osaka. Ryuko learns that Senketsu’s pieces were being used in this campaign to test the new Goku uniforms. Now, Ryuko rides into a new battlefield to make Senketsu whole once again! 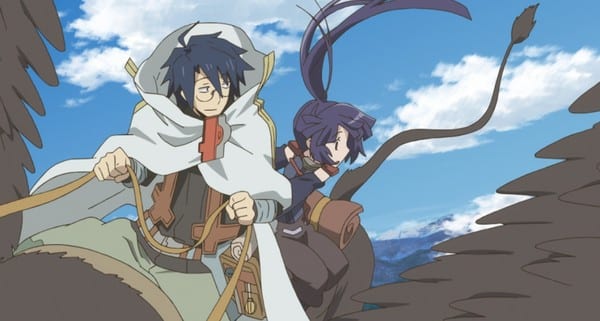 Elder Tales has become a global phenomenon, immersing millions of players in its online fantasy world. However, something goes wrong with the twelfth expansion pack. Eight-year veteran Shiroe and 30,000 other players suddenly find themselves trapped in the game’s no-longer-fictional universe!

Except it’s not even exactly the game they knew: things are in different places, the portals don’t work, and if a gamer was playing an avatar who wasn’t a physical match for their real self… well, let’s just say that everyone who’s been playing is going to have to make some serious adjustments to their new world view.

On top of that, the former Non-Player-Characters are now self-aware and working towards their own ends. This collision of the Elder Tale people and players with seemingly impossible skills, abilities, and knowledge promises to be cataclysmic. Get ready for heroes to rise and new legends to be forged as Shiroe and fellow players Naotsugu and Akatsuki discover what happens when sword and sorcery becomes real!

The Fourth Great Ninja War has begun and even the strongest fight to survive! The quest for power and struggle for control leads many heroes down hard roads. Sasuke’s revelation of Naruto’s potential and defeat in combat lead him to consider the path of Orochimaru. While Naruto continues to master the power within under the watchful eye of Killer Bee, the Allied Shinobi Forces confront Madara and Kabuto’s army of Reanimated Shinobi and White Zetsu. Can the alliance hold long enough to stop the army?

Due to a strange curse called Absolute Choice, Kanade Amakusa’s life has turned into a “choose your own adventure” game from Hell. Series of options that seem designed to cause him the maximum possible duress and/or public embarrassment randomly appear in front of him, and if he doesn’t choose one he suffers agonizing pain. Needless to say, his resulting bizarre behavior has already branded him as one of his school’s five worst social misfits, and things get even weirder when he chooses one of the strangest options yet: “have a beautiful girl fall from the sky.”

Not only does the adorable Chocolat drop on him like a bag of bricks, but she seems to have been sent to help remove the curse! Only, she can’t remember how because she has amnesia. But it has something to do with missions he has to perform, and if he fails to achieve the objective of any of them, he’ll be stuck with the curse for life! 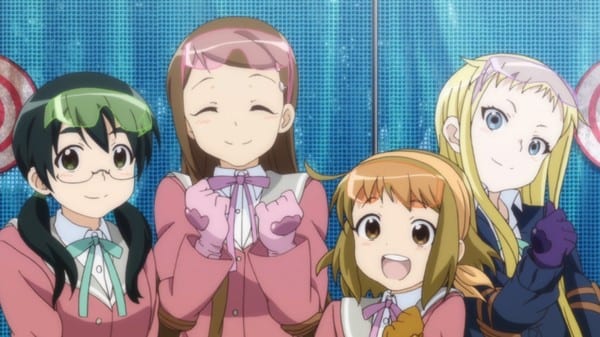 As Luffy attempts to track down Moria and take back what he’s lost, Usopp reaches deep into his bag of tricks to even the odds in his battle with Perona. Meanwhile, Nami narrowly avoids an undead trip down the aisle, and Zoro clashes with a zombie samurai in the hopes of adding a new blade to his arsenal.

Armed with the secret to defeating Moria’s minions, things briefly appear to be looking up for the Straw Hats, but the onslaught of Oars, the towering terror powered by Luffy’s shadow, threatens to doom the crew.

Undaunted in the face of this insurmountable evil, the Straw Hats stand strong together, vowing to fight till their very last breaths. As the hour creeps toward dawn, Oars prepares to deliver a furious flurry of devastating death blows, but his heinous attack is interrupted by the shocking arrival of Nightmare Luffy!

When Yura Yamato’s roommate Sonora asks her to join her club, it quickly becomes clear that the girls of Stella Women’s Academy are VERY different. It turns out that she belongs to a club known as C3 (which stands for Command, Control and Communications) whose main afterschool activity is playing survival games! It’s not a typical teenage girl pastime, but Sonora and her trigger-happy friends are seriously into it. The question that puts her in the crosshairs of a dilemma is if she has what it takes to join up, stand up, and deliver in the face of friendly fire.

Toriko, Komatsu, and a host of hopeful heroes bundle up and begin the treacherous trek into the chilling confines of Ice Hell! The prize that awaits them, Century Soup, is among the rarest of gourmet treasures – and the most divine delicacy ever to grace a bowl and spoon. Toriko and his super-chef sidekick are determined to slurp up the sweet rewards of their adventure, but something evil stands in their way: Tommyrod, a Gourmet Corps henchman with insects on the inside!

Should they survive this bugged-out battle for the ages, their next target will be the elusive Ozone Grass. Flying Sea Lions and Air Gorillas plague their journey, and in order to savor the sweet taste of success, our heroes will have to take their teamwork to the next level – forever cementing their status as lifelong partners in the pursuit of culinary bliss!