Out This Month From Madman Entertainment [February 2015 Edition] 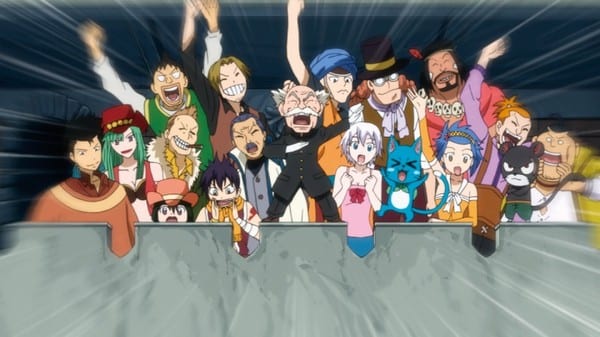 Although overshadowed by their upcoming March and April 2014 release slates, Madman Entertainment are still delivering anime fans in Australia a respectable compilation of anime releases on DVD and Blu-ray this month. These include releases in mainstream franchises such as Dragon Ball Z and Fairy Tail, in addition to some less mainstream works including Space Dandy and Yu-Sibu.

For your convenience, you can find a full list of Madman Entertainment’s releases for this month below. All titles are set to be available on February 18th 2015:

In his quest to eliminate the remaining Z-Fighters, Majin Buu has cut a path of destruction across the face of the Earth, leaving a trail of devastation so utterly complete that it may even be beyond the power of the Dragon Balls to repair…

With their efforts to stop Majin Buu quickly proving futile, the Z-Fighters have but one remaining hope against this seemingly invincible foe – the Fusion Technique! But for this desperate plan to succeed, Goku will have to join forces with his oldest rival, Vegeta! Can the combined efforts of these two mighty Saiyan warriors put a stop to Majin Buu once and for all? The final battle for the fate of the universe begins!

The Grand Magic Games is a yearly competition that pits guild against guild in a weeklong battle for the honour of being called the most powerful wizards in the Fiore Kingdom. Fairy Tail may have come in last place for the past seven tournaments, but now that all their strongest members are back in action – and leveled-up – they’re determined to take the number one spot and rebuild their reputation!

Winning the games won’t be easy, though, as Natsu and his selected teammates are forced to navigate enchanted labyrinths, battle wizard saints, and go head-to-head with a host of familiar faces. But with more than one guild targeting Fairy Tail before the competition even begins, the guildmates will be lucky if they even make it out of the opening ceremonies alive.

Death is their business, and business is good.

Jonah is a child soldier and the newest bodyguard for Koko, an international arms dealer with an entourage of hired guns. The cold-blooded kid hates Koko’s line of work, but following her into the darkest corners of the black market might be the only way he can find those responsible for his family’s slaughter.

Besides, his employer isn’t like most merchants of death. She uses guile and cutthroat tactics to keep her clients armed to the teeth – all while cultivating her own warped plan for the future of world peace. With the CIA desperate for her capture, assassins eager to collect her head, and the potential for every contract to end in ultra-violence, Koko and her comrades in arms bring the boom to every corner of the world. 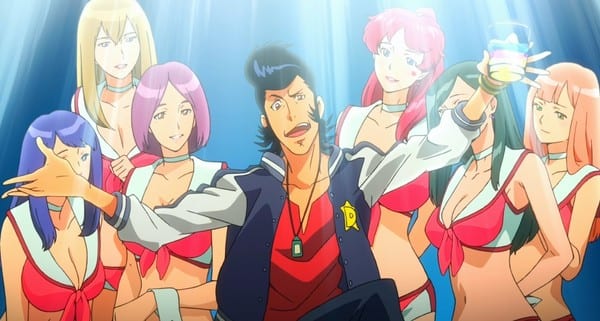 Meanwhile, Nami is kidnapped by an undead scoundrel who wants to make her his wife, and Usopp must rely on his natural state of negativity if he hopes to survive his encounter with a gothic Lolita and her ghostly minions. Hair-raising thrills are the story of the hour as the Straw Hats attempt to escape Thriller Bark with their shadows – and souls – intact!

Space Dandy is a dandy in space! This dreamy adventurer with a to-die-for pompadour travels across the galaxy in search of aliens no one has ever laid eyes on. Each new species he discovers earns him a hefty reward, but this dandy has to be quick on his feet because it’s first come – first served! Accompanied by his sidekicks, a rundown robot named QT and Meow the cat-looking space alien, Dandy bravely explores unknown worlds inhabited by a variety aliens. Join the best dressed alien hunter in all of space and time as he embarks on an adventure that ends at the edge of the Universe! 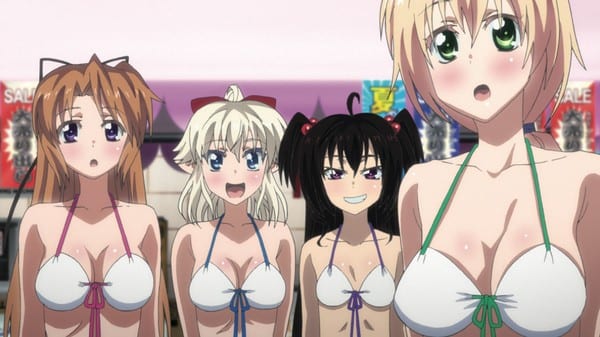 Raul Chaser never wanted to work in retail, but when the war against the Demons ended unexpectedly, the Hero Training Program he was in shut down. But although combat-trained Raul may feel out of place dealing with customers in a department store instead of dealing out death with hardened steel, his newest co-worker’s culture shock is even worse. While Fino Bloodstone is ready, eager, and willing to please, she’s also the daughter of the now-deceased Demon King!

Not only are her social skills a little challenged, but it’s going to be up to Raul and the staff to teach her the finer points of the human concept of a “pleasant shopping experience”… not to mention when it’s proper to wear what kind of clothes and whose bed you can sleep in. And they’ll have to do it quick, because there’s a sinister major retail chain moving into the area with plans for global domination.