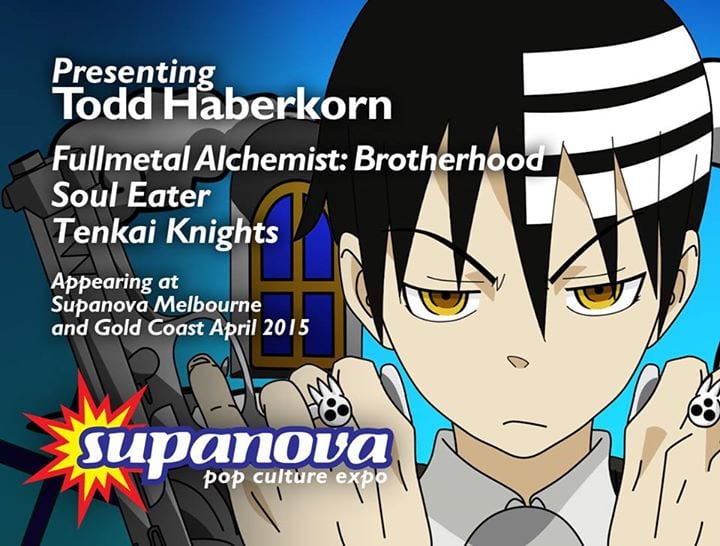 Starring in voice roles such as Natsu Dragneel (Fairy Tail), Hikaru Hitachiin (Ouran High School Host Club) and Lin Yao (Fullmetal Alchemist: Brotherhood) to name a few, Todd Haberkorn has loaned his voice to many popular anime characters over the years. If you are attending either the Gold Coast or Melbourne Supanova: Pop Culture Expo’s in 2015, you will have your chance to meet him, with the event organizers confirming Haberkorn as a Supa-Star Guest.

Over both weekends he will be hosting a general admission Q&A panel, and will also be participating in signing and photo sessions. Currently it is unknown if he will be following the lead of Bryce Papenbrook and Trina Nishimura by hosting a separate (possibly free) signing opportunities away from the others as they did in Adelaide and Brisbane 2014 OR will be doing paid signings / photographs with many of the other Supa-Star Guests.