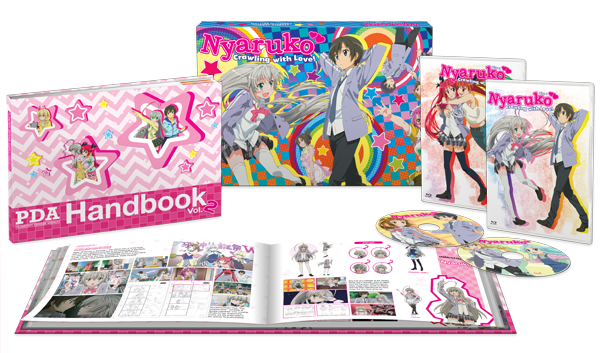 While Nippon Ichi Software America remain quiet in their video game department, the company has continued to plow ahead with new anime acquisitions and releases. The company has today confirmed that their premium edition of Nyaruo: Crawling With Love! Second Season has begun making its way to retail outlets and those who have pre-ordered.

Priced at $69.99, for a subtitled anime release this isn’t the cheapest title on the market. However it is likely that the company will be doing a cheaper Standard Edition release in the future.

Check out my review of Season 1 HERE.