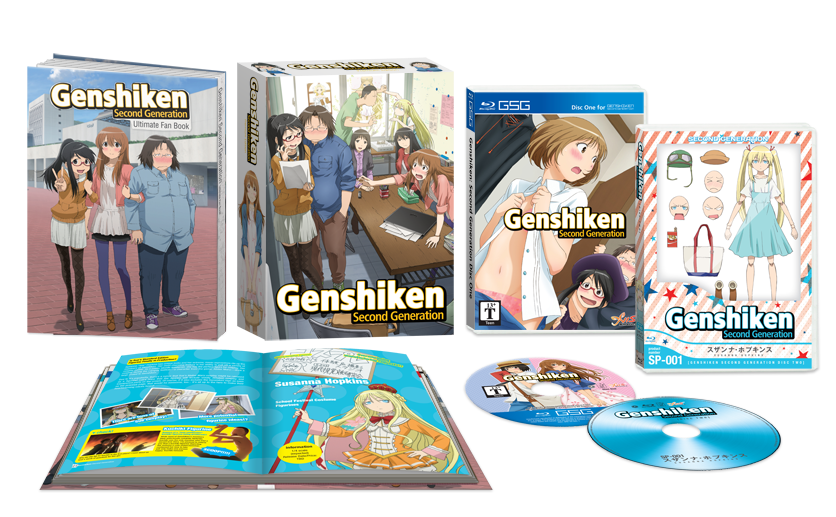 While their video games division has been quiet these past couple of months, Nippon Ichi Software America have been plowing ahead with their anime release plans. Today they have announced that Genshiken Second Generation will be receiving a Premium Edition release starting February 3rd 2015.

This premium edition will come with all the usual goodies including the entire series across 2 Blu-ray discs, bonus on-disc contents and a 64-page hardcover artbook which includes an episode guide, detailed character information, interviews and more. All of this will be stored in the usual artbox, which from the above image, is considerably bulkier than earlier Premium Edition releases .

It’s a new semester at Shiiou University, and for “The Society for the Study of Modern Visual Culture,” AKA Genshiken, that can only mean one thing—new freshman recruits! Originally founded as a club for otaku to discuss their unabashed love of anime, manga, and video games with one another, the current president of Genshiken, Chika Ogiue, may have bitten off more than she can chew by recruiting a bunch of yaoi-obsessed fujoshis, a.k.a. “rotten girls,” to join their ranks! Meanwhile, the original members of Genshiken who have since graduated find themselves coming to terms with their new lives as productive members of society.