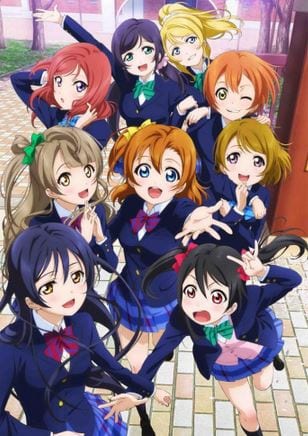 Building upon their already large anime acquisition collection, Australian anime publisher Madman Entertainment announced that have they acquired the rights to two new anime series. One will be available through digital and home video outlets soon while the other is set to hit cinemas across Australia starting in January 2015.

The traditional school Otonokizaka High is situated between the three towns of Akihabara, Kanda, and Jimbocho. This school is also in imminent danger of closing. Because of this crisis, the second year student Honoka Kosaka takes center stage with eight others to do something about it!

“To protect the school we love so much, we have to do all we can… We have to become school idols! By becoming idols and advertising how great our school is to the world, more students will want to apply!”

Madman Entertainment have confirmed that this series will be available through AnimeLab soon, with a home video release to follow in 2015. As the series has already begun distribution in North America by NIS America, it is likely to be published sooner rather than later.

The Last: Naruto the Movie

The moon is approaching dangerously close to Earth! Unless something is done, the moon will disintegrate, showering the earth with gigantic meteorites. As the clock ticks towards the end of the world, can Naruto save the earth from this crisis? The final chapter of Naruto’s story unfolds!

Bringing a conclusion to the highly successful Naruto anime franchise, Madman Entertainment have announced that they will be holding a one-day Reel Anime theatrical screening of The Last: Naruto the Movie on January 17th 2015. This screening will be very held soon after its Japanese debut. A list of cinemas screening the film can be found below: