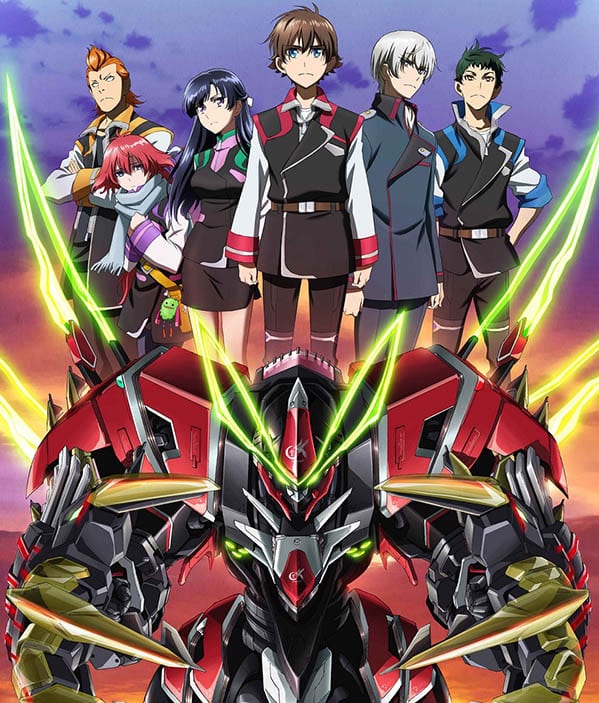 During Aniplex of America’s New York Comic Con panel, the publisher confirmed their plans to release the second season of VALVRAVE the Liberator as a complete Blu-ray collection starting January 20th 2015.

At a pricey $149.98 SRP, you will receive all 12 episodes dubbed in Japanese w/ English subtitles, a small collection of on-disc extras, collectable postcards and a deluxe poster illustrated by original character designer Katsura Hoshino. Pre-orders are set to begin later today via RightStuf.com, with sales currently limited to those residing in the United States, Canada and both Central and South Americas only.

Haruto Tokishima—by now every citizen of JIOR knew the name of this hero who confronted the Dorssian army’s unjustified invasion and courageously defended his fellow students of Sakimori Academy. But after seeing the sheer power of the Valvrave, both Dorssia and ARUS were ready to take this mysterious humanoid weapon for their own at any cost! With pressure coming from both of these powerful nations, the students of Module 77 decide that it would be best to head for the moon which is a neutral territory and declare their independence as New JIOR.

Meanwhile, Haruto, who was initially hesitant of confrontational situations, realizes that in order to survive, he and the other Valvrave pilots must fight to protect their school, country, and everything they held so dear. Why were the Valvraves created? What is hidden behind the “Magius?” Will Haruto and L-elf be able to reveal the truth of the world?!