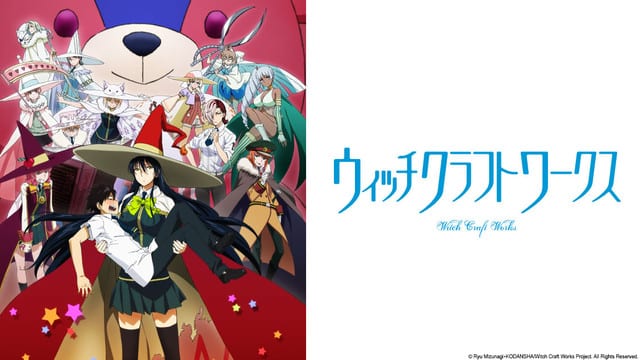 In what seems to be them wrapping up their announcements for the day, online streaming service CrunchyRoll have announced that they will be streaming J.C. Staff’s latest anime project Witch Craft Works (Witchikurafuto Wākusu // ウィッチクラフトワークス) from the 8th January 2014 at 11:15AM Pacific Time. This series is based on the manga works of Ryu Mizunagi.

This stream will be available to premium and free users in the following regions:

Takamiya Honoka is just an average student who just so happens to sit next to Kagari Ayaka, the “Princess” of the school, and has never said a word to her.  However, one day when Takamiya’s life is put in danger, Kagari arrives to his rescue dressed as a witch. It is revealed that Kagari is what is known as a Workshop Witch within the city and Takamiya is under her protection and shall henceforth protect him from any danger that ensues…

Typically, you would expect the US-based publisher Yen Press to localise and publish manga and light novel works. But today's announcement sees them drifting from form...
Read more
Anime