NIS America Acquire Rights to Anime Series Nagi-Asu: A Lull in the Sea 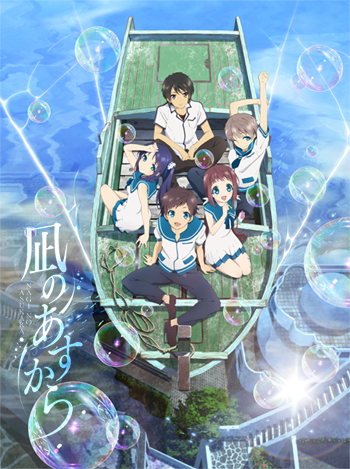 After many video game releases and announcements over the past months, US-based anime publisher Nippon Ichi Software America have announced their acquisition of the anime series Nagi-Asu: A Lull in the Sea (Nagi no Asukara // 凪のあすから), which has just about finished airing in Japan.

A physical release for this anime series is planned for a later date, however you can catch this series through both Hulu and Crunchyroll online streaming services.

Long ago, all humans lived in the ocean. But some who longed for the land abandoned the water, and cast off the special raiments granted to them by the sea god to adapt them to life under the sea. Though mankind was divided into sea and land dwellers, each with different ways of thinking, they were all still fellow humans, and they continued to maintain contact as time went on.

Hikari Sakishima, Manaka Mukaido, Chisaki Hiradaira, and Kaname Isaki live in an undersea village, while Tsumugu Kihara lives on land. When these land and sea dwellers meet for the first time during their second year of middle school, their hearts begin to undulate like the tides. The youthful fantasy tale of these young people’s lives unfolds in a strange and beautiful world