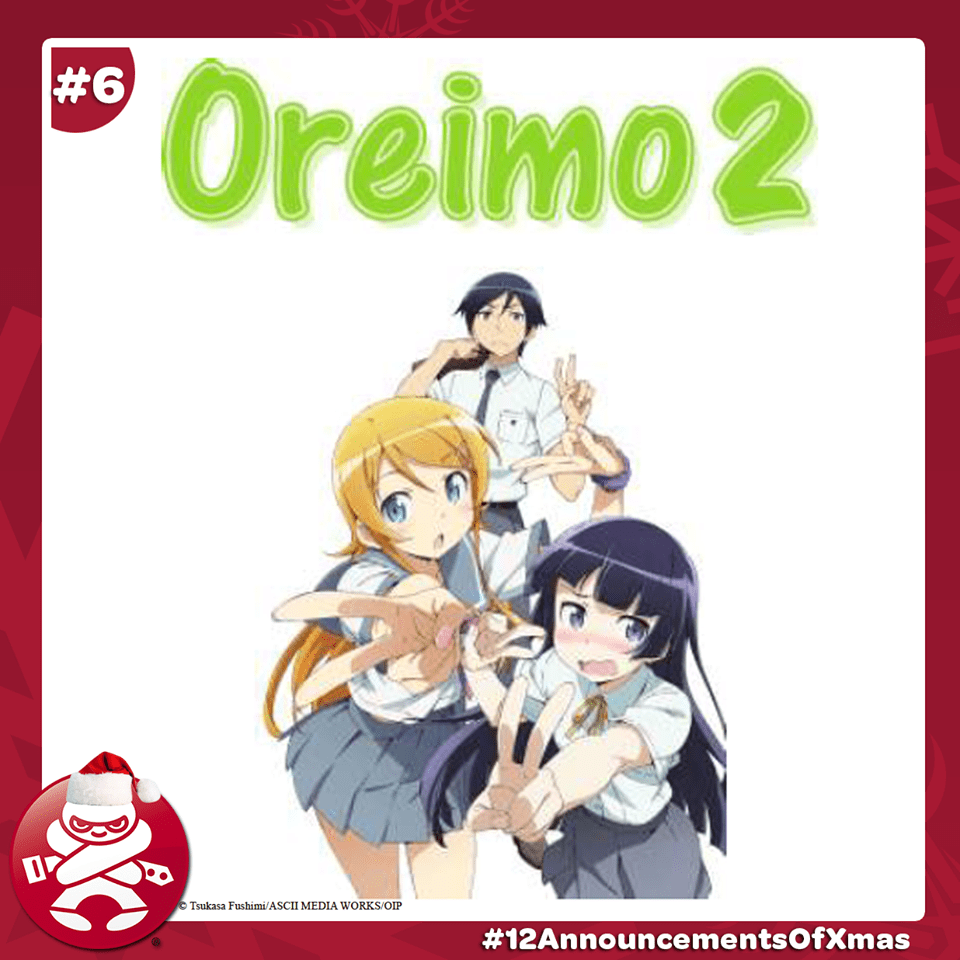 In the sixth installment of their 12 Announcements of Christmas (#12AnnouncementsofXmas) project, Australian anime publisher Madman Entertainment have announced that Oreimo 2 will be released in Australia on DVD-exclusively sometime in 2014. This will follow on from their 2012 DVD release of the first season, and should come with only the original Japanese dub and English subtitles.

Living in the shadow of his talented younger sister, Kyousuke Kosaka conducts a normal lifestyle until he accidentally finds out that she hides a secret. In addition to being smart, pretty, and popular; Kirino Kosaka is also an obsessive consumer of anime and eroge (adult computer games). What will Kyousuke do? Will this tear their already rocky relationship apart or bring them closer together?