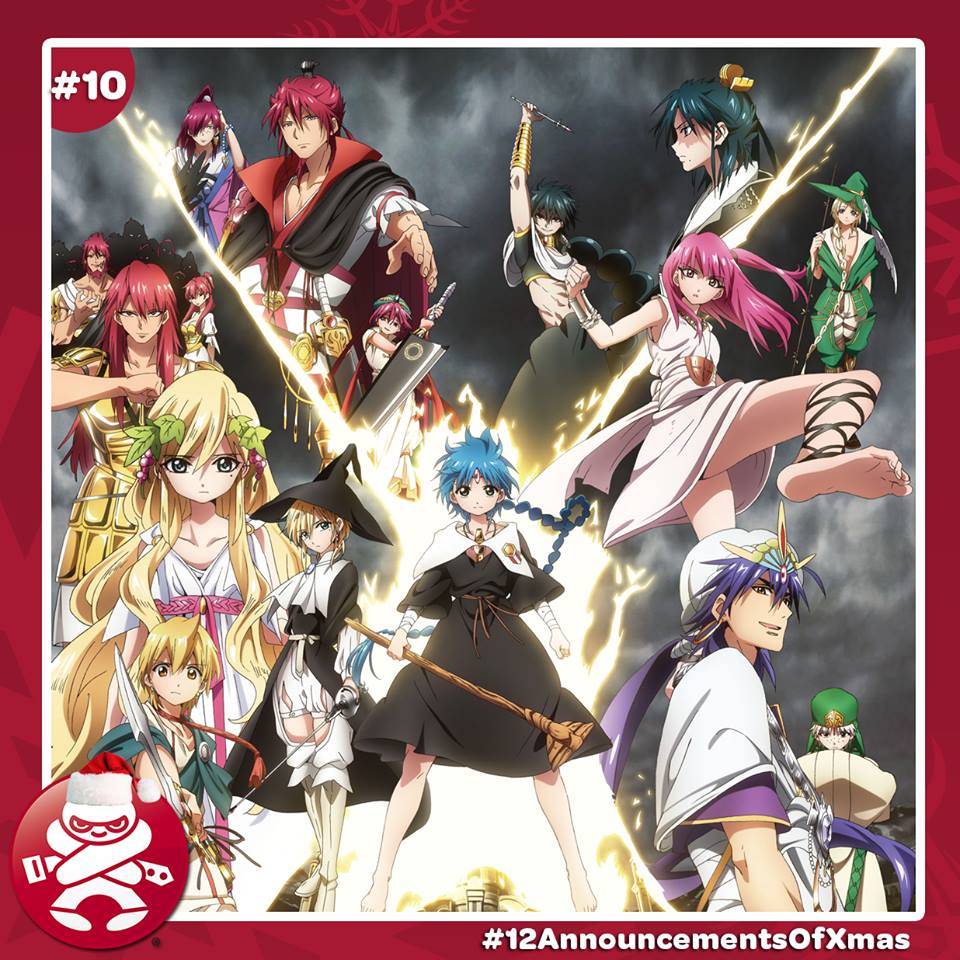 Entering the double-digits for their 12 Announcements of Christmas (#12AnnouncementsofXmas) acquisition series, Australian anime publisher Madman Entertainment have announced a double-set of announcements regarding the series Magi: The Labyrinth of Magic.

The first announcement has seen Madman confirm their acquisition of Magi: The Kingdom of Magic which is set for release in both Australia and New Zealand at an unspecified date on “various platforms” during 2014. The second announcement was that the first season will be available for purchase in the regions during April 2014 on DVD only.