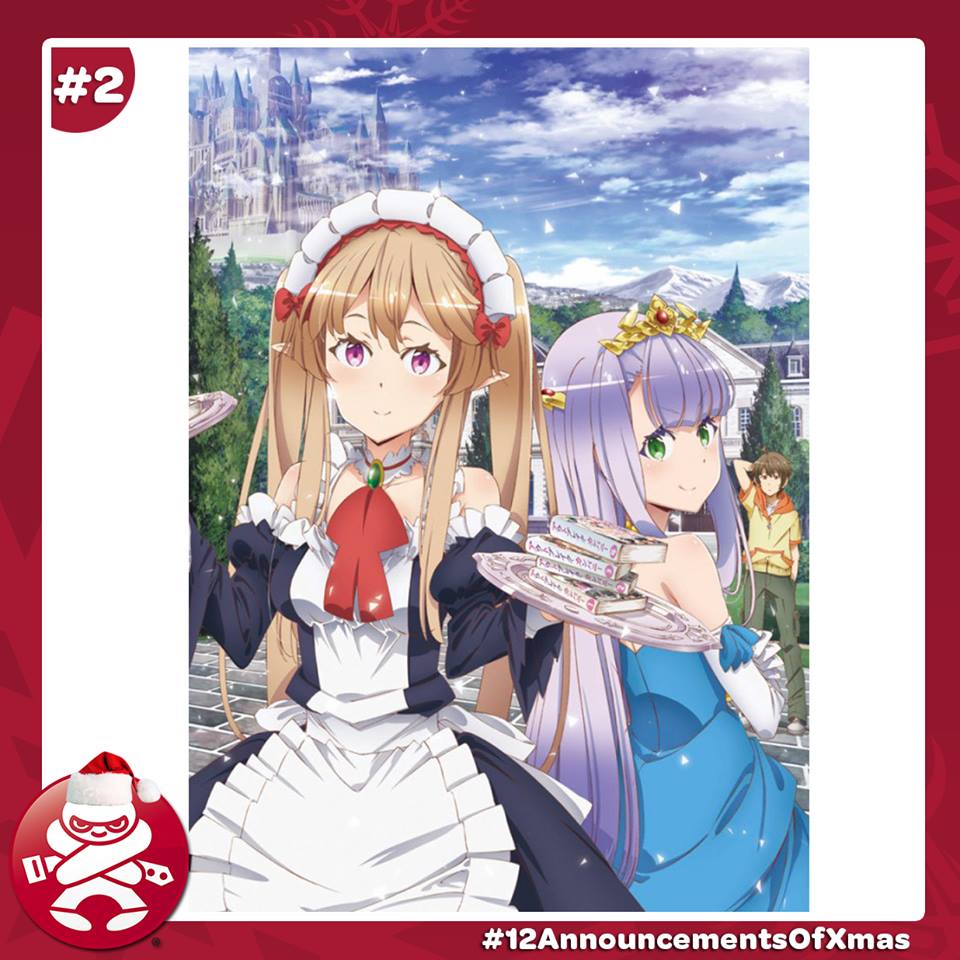 Yesterday Aussie anime publisher Madman Entertainment announced their 12 Announcements of Christmas (#12AnnouncementsOfXmas), where over the next 12 days they will be announcing 12 different anime acquisitions for release in 2014. Along with the announcement, they confirmed their acquisition of Blue Exorcist: The Movie which will not be headed to cinemas but instead direct to DVD and Blu-ray in the new year.

Second up is a series we will be able to see a release for a little bit earlier, Outbreak Company. This release will be premiered soon via the Madman Screening Room, followed by a release on unspecified home video formats in the later months of the year.

Rather than channelling his efforts into creativity like his parents, Shinichi Kanou’s has instead become one of the world’s foremost experts on ‘moe’, an otaku obsession with all things cute and adorable. Because of his staggeringly encyclopaedic knowledge, Shinichi is recruited as an ambassador to the Holy Eldant Kingdom, a parallel world where things that previously only existed in anime have become real!

So, how will a hot blooded young otaku react when dropped into a world with actual cute and adorable elf maids and dragons? More importantly, how will THEY react to this drooling devotee with diplomatic credentials?  And even more to the point, exactly WHY does the Japanese government feel that sending someone to represent Japan’s moe interests is a good idea in the first place?