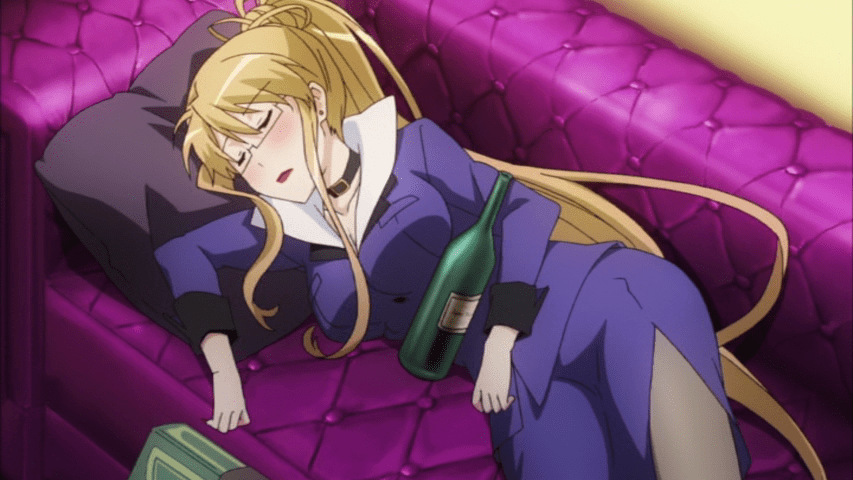 Universal Sony Pictures Home Entertainment entered the Australian anime market only this year, and unlike other publishers do not opt to do releases every month. However what they do have is some rather big name titles such as Shakugan no Shana and A Certain Magical Index under their belt, along with a number of other titles that might otherwise have never been on store shelves in the region, or in some cases never re-released in the region.

Their last release was all the way back in July, and included titles such as A Certain Scientific Railgun and Serial Experiments Lain. After a considerable wait the publisher has confirmed that their next release slate consisting of five titles will be available for purchase in their same flip-cover packaging on the 5th December 2013. What’s on the menu? The final season in a particular series, the movie for that particular series and a rather surprising addition which has walked away with an R18+ rating in Australia to name a few things. 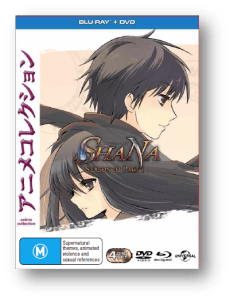 Finally…the all-new conclusion to the action-fuelled series begins. Follow a hot-blooded huntress in her final battle to maintain the balance between the human world and the supernatural. Yuji disappeared the fateful night he was supposed to choose between a life combating evil by Shana’s side or as a normal teenager. He returns from near-death to lead the Crimson Denizens in a dubious plot to bring peace to the universe-but Shana isn’t fooled. In an explosive reunion, the fiery warrior faces her unlikeliest of foes while Flame Hazes from across the world join forces to ignite a war that will determine the fate of all supernatural kind. 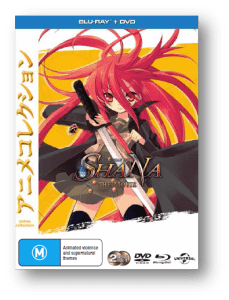 Wielding a blazing sword, Shana’s sole purpose is to fight demon-like beings that consume human lives. During a volatile war to stop a foe from devouring every life in Misaki City, Shana cuts Yuji in her crossfire. When the villain discovers this teenage boy is gifted with an immense power, he holds Yuji hostage to lure Shana into a trap that could to destroy the huntress and the entire city! 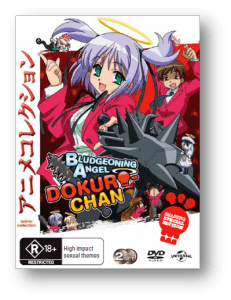 Imagine a world where the secret to immortality has been discovered, causing women to stop aging by the time they turn twelve. Sounds like it might be a perfect playground for a discoverer with less-than-wholesome interests, doesn’t it? That’s exactly why the Big Man Upstairs sends Dokuro-chan, one of his angelic assassins, into the past to “deal” with the sicko who messed with nature!

But Dokuro-chan decides instead to move in with her target, Sakura Kusakabe, and keep him too occupied to find eternal life. Funnily enough, the path of nonviolence leads to a fountain of blood, as Dokuro-chan accidentally kills Sakura on an almost-daily basis only to resurrect him with a magical chant moments later. 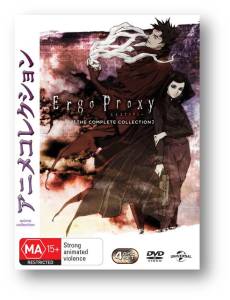 The domed city of Romdo is an impenetrable would-be utopia where humans and robots coexist, and everything is under complete government control – or so it appears. While working on a mysterious murder case, Re-l Mayer, a female detective from the Civilian Intelligence Office, receives a foreboding message that something is going to “awaken.” That night, she’s attacked by a deformed super-being…

What was this unidentified monster that attacked her, and who was the figure that came in between them? As Re-l attempts to unlock this spiraling mystery, a metaphysical battle cry leads her to the unknown outside world.