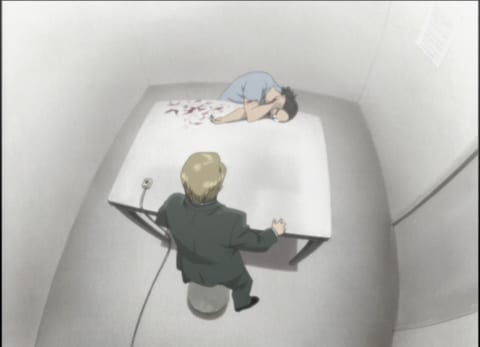 While their Part 1 release of Monster is not set for release until the 15th January 2014, Australian anime publisher Siren Visual who are known for their niche titles have announced that pre-orders are now open for Part 2 of the series. Available at a price of $44.95, you will be able to pick up this collection containing episodes 16 through 30 from the 19th February 2014.

What would you do if a child you saved grew up to be a monster?

An ice-cold killer is on the loose, and Dr. Kenzo Tenma is the only one who can stop him!

Tenma, a brilliant neurosurgeon with a promising future, risks his career to save the life of a critically wounded young boy named Johan. When the boy reappears nine years later in the midst of a string of unusual serial murders, Tenma must go on the run from the police who suspect him to be the killer.

Conspiracies, serial murders, and secret government experiments set against the grim backdrop of the formerly communist Eastern Europe are masterfully woven together in the compelling work of suspense that is Naoki Urasawa’s MONSTER.