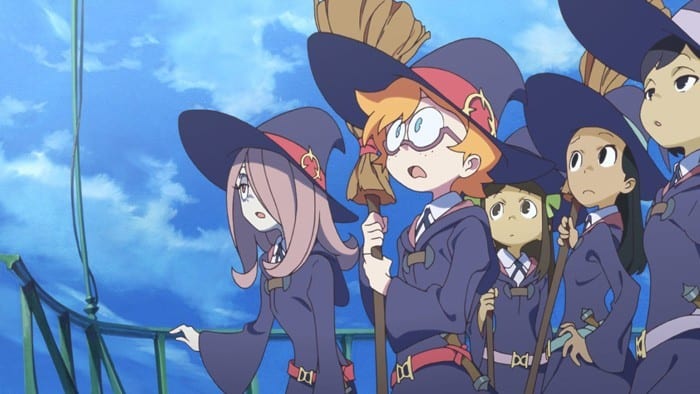 While it is a title we haven’t heard much about in the past couple of months, acttil on behalf of animation studio TRIGGER have announced that their blu-ray Collector’s Edition of Little Witch Academia is now available for worldwide purchase through TRIGGER’s own Global Online Store.

Available at a rather high price of 6,000 yen, this edition will come with a single blu-ray disc that includes the 26-minute episode of Little Witch Academia and an even longer 66 minute making-of video “How the Magic was Born“. This release will also come with an original soundtrack disc and a 112-page art book. The making-of video follows the struggles and breakthroughs of the young animation team at TRIGGER, and the meticulous process they went through to create this anime.

Little Witch Academia drew a strong response from the anime community when it was first launched, and an additional sequel was recently crowdfunded for more than $625,000.

Akko Kagari is an ordinary girl who joins the renowned witch academy for witch girls, Luna Nova Academy. When she was younger, she went to Magical Festa, a magic show hosted by a witch named Shiny Chariot. Akko was so mesmerized and inspired by Shiny Chariot’s performance that she dreamed to someday be a “cool” witch like her. This young and impressionable Akko takes Shiny Chariot’s words as her own motto: “Never forget, a believing heart is your magic.“ As part of a class, Akko and her classmates go into a labyrinth under the Tower of Luna Nova. There, a sealed ancient dragon was unleashed by one of her classmates. Akko tries to stop the dragon, but…