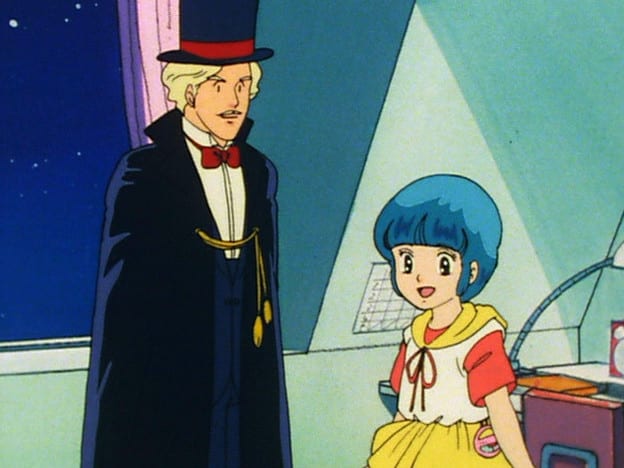 While I would really hate to see what would happen if they stopped physical releases of the series half-way through now, anime crowdfunding service Anime Sols have proudly announced that their second $18,000 crowdfunding campaign for Magical Angel Creamy Mami has been successful. This will allow them to produce a new physical anime set containing episodes 14 – 26 on top of their current online streaming.

Pledges for this collection have not stopped yet, and due to the success of it, have extended it into a three-day overtime, meaning this may be your only other chance of getting some of the pledge tier bonuses. Pledges can only be made by residents in North America and Canada, and can be made HERE. The campaign for their third set is soon to go live, with one for a similar magical girl series “Magical Idol Pastel Yumi” also ongoing.

Yuu is a precocious 10-year-old girl who likes Toshio, a boy, 3 years older than her. One day, Yuu runs into aliens that have trouble with their damaged spaceship. In appreciation for helping them repair the spaceship, the aliens give Yuu a magical stick with one condition; she must keep it secret, otherwise she will lose the special power. In order to attract Toshio, Yuu decides to transform herself into an attractive 17-year-old girl! Yuu, with the 17-year-old figure, happens to be discovered as an idol singer and makes her debut as “Creamy Mami”. But she never could have imagined that Toshio would start to be attracted to Creamy Mami, and not Yuu herself. This is the first and the most popular story of Pierrot’s Magical Girls series.