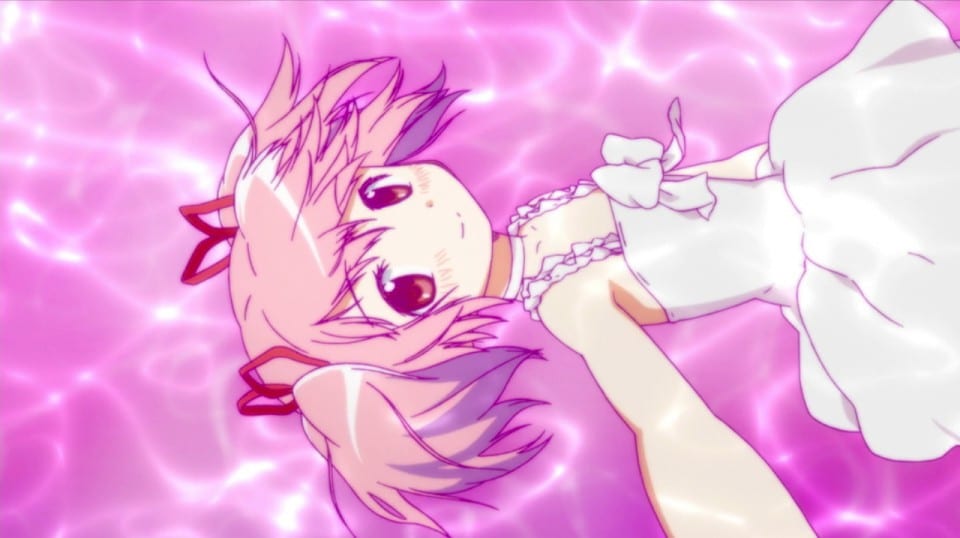 It was confirmed a few days back that Japanese developer Artdink would be teaming up with publisher Namco Bandai in order to bring a game based on the Puella Magi Madoka Magica anime franchise to the Playstation Vita. In this game you will be able to take control of at the very least the five magical girls from the anime (Madoka Kaname, Homura Akemi, Sayaka Miki, Mami Tomoe and Kyouko Sakura) and goes through the events from the anime series (or the first two “retelling” films). There is no word yet on if they will be incorporating storyline elements from the third film set to begin screening in Japan next month.

The gameplay is split up into two elements – daytime and nighttime. The daytime elements seem to be closer to that of a visual novel with conversations between the characters and other storyline events while at nighttime the missions against the “witches” take place. As is evidenced in the anime, the witches have considerable strength and won’t go down easily, therefore the girls will have to balance their HP/MP bars while looking for weaknesses in their foe’s defenses. Each girl will also go in pairs with one being in battle and the other serving as a “partner” character. In addition, if one of the girls is defeated they can be revived again through the use of their soul gems.

The inaugural batch of screenshots released by Namco Bandai include screenshots from both daytime/nighttime modes, artwork for each of the characters and some screenshots of the animation to be included throughout the game.

Titled Log Horizon: Destruction of the Round Table, the third anime season of the popular Log Horizon...
Read more
Anime

The 2014 coming-of-age TV anime Your Lie in April (Aka. Shigatsu wa Kimi no Uso - 四月は君の嘘) is due to receive another...
Read more
Anime

Found yourself, like many, craving to make your way to the cinema? Eager to fill your gob with delicious buttery popcorn, or...
Read more