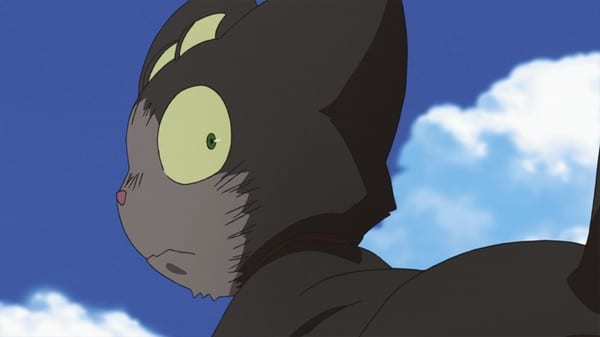 As they do on the first day of every month, Madman Entertainment have opened up another months worth of anime pre-orders. This time around it is for the month of November 2013, and it seems like they have quite a few interesting titles for different media platforms, genres and types of release.

All titles will be released on the 20th November 2013, and from past experience will most probably be followed on by the company’s December / Christmas release slate.

Bleach Collection 19 (Eps 256-267)
DVD | $49.95 | Hybrid Dub | 300 Minutes
Rukia, Renji and the other Soul Reapers are having a good time partying at the Kuchiki mansion when the place is attacked by what turn out to be Sword Beasts. They’re the manifested Zanpakuto of Soul Reapers who died during the battle with Muramasa, and they’re wreaking havoc in the Soul Society and the World of the Living! Episodes 256-267.

Blue Exorcist Vol. 3 (Bilingual Edition)
DVD / Blu-ray | $24.95 / $29.95 | Hybrid Dub | 100 Minutes
“Assiah, the realm of humans, and Gehenna, the realm of demons. Normally, these two dimensions would never intersect, but having possessed all material substances, the demons are now intruding on the material world. But among the human race, there are those who can exorcise such demons.” – the Exorcists.

After the excitement of being promoted to ExWire along with his classmates, Rin is soon disgusted with the heavy load of homework they’ve been given. Just then, Yukio is summoned for an urgent exorcism mission! The familiar of the Knights of the True Cross has gone berserk, and Yukio has been ordered to deal with the crisis.

Fairy Tail Collection 6 (S2 Ep 61-72)
DVD / Blu-ray | $59.95 | Hybrid Dub | 250 Minutes
Nirvana continues its march to destroy Wendy’s guild along with a dark secret. Team Natsu and the coalition – as well as an unexpected ally – go full-force against the top sorcerers of Oracion Seis to expel the ancient city’s evil curse before it becomes unstoppable!

Then, when Natsu goes on a mission to see a woman about a dragon, his trip becomes a trap that could force him to turn Magnolia into ash and rubble! Can his friends snuff the Salamander’s involuntary rampage without torching their friend? 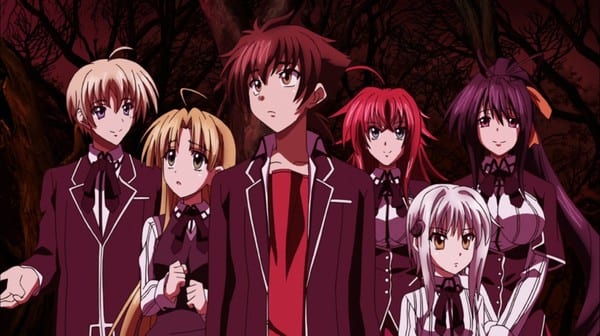 Grave of the Fireflies
Blu-ray | $39.95 | Hybrid Dub | 88 Minutes
In the aftermath of a World War II bombing, two orphaned children struggle to survive in the Japanese countryside. To Seita and his four-year-old sister, the helplessness and indifference of their countrymen is even more painful than the enemy raids. Through desperation, hunger and grief, these children’s lives are as heartbreakingly fragile as their spirit and love is inspiring.

Guilty Crown Collection 1
DVD / Blu-ray | $59.95 (+$10 for Collectors Box) | Hybrid Dub | 275 Minutes
Shu’s entire world was shattered after a meteorite crashed into Japan, unleashing the lethal Apocalypse Virus. The chaos and anarchy born of the outbreak cost Shu his family and reduced him to a timid, fearful shell of the boy he’d once been. His life took another unexpected turn after a chance encounter with the stunning pop star, Inori. This mysterious beauty introduced Shu to the King’s Right Hand: a genetic mutation that allows him to reach into hearts of mortals and turn them into weapons.

Shu finds himself caught in the crossfire between those who desperately seek his newfound strength. On one side lurks a clandestine government agency, and on the other, Inori and the spirited band of rebels known as Funeral Parlor. The choice is Shu’s to make – and the world is his to change.

High School Dxd Series Collection
DVD / Blu-ray | $59.95 | Hybrid Dub | 300 Minutes
A war between heaven and hell is raging on Earth – and a hot mess of hormonal fury is raging in Issei’s pants. The guy is dying to get some action. Which is funny, since his first date ever turns into a winged monster and tries to kill him. Fortunately, ridiculously curvy redhead Rias comes to his rescue. She’s president of The Occult Research Club, a club that doesn’t actually research the occult. They ARE the occult – and Rias is a Devil. 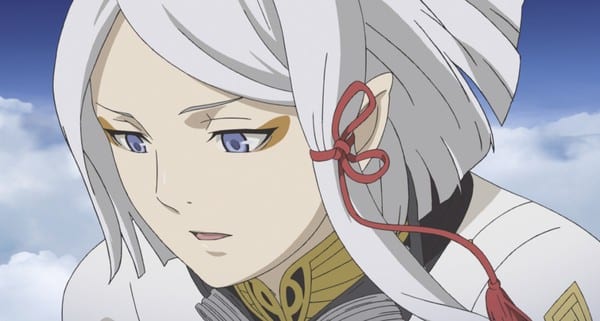 Lastexile -Fam, the Silver Wing- Collection 1
DVD / Blu-ray | $59.95 | Hybrid Dub | 300 Minutes
Years ago, humanity abandoned the ruined Earth. Generations later, with the planet again capable of sustaining life, mankind returned. In the skies above the reborn world, rebellious young Fam and her best friend Giselle make their living as Sky Pirates. Atop sleek Vespa Vanships, the girls dart fearlessly through the clouds, capturing and selling airborne battleships for profit. It’s a life of care-free swashbuckling – until the Ades Federation attacks.

The only nation to remain on Earth during humanity’s exile, The Ades Federation wages war against those who returned only after the planet’s darkest days had passed. When Fam and Giselle rescue a princess from the clutches of the rampaging Ades armada, they join the young royal’s battle to save her Kingdom from destruction – and undertake the impossible mission of uniting humanity in peace.

One Piece (Uncut) Collection 23 (S5 Eps 276-287)
DVD | $49.95 | Hybrid Dub | 300 Minutes
Monkey.D.Luffy refuses to let anyone or anything stand in the way of his quest to become King of All Pirates. With a course charted for the treacherous waters of the Grand Line, this is one captain who’ll never drop anchor until he’s claimed the greatest treasure on Earth: the Legendary One Piece! Along for the ride are his loyal crewmates, a wonderfully-bizarre collection of outcasts and misfits from the far corners of the world. Each member has their own special talent, and they’ll utilise their skills to help Luffy achieve his dream!

The tragic secrets of Robin’s past are revealed in a series of heartbreaking flashbacks! Bullied because of her unique powers, young Robin’s only friends were the kindly scientists that nurtured her genius intellect while her mother searched for answers to life’s greatest mysteries. Lonely and afraid, Robin took comfort in the company of books until the day the World Government arrived. Commanded by men who feared the might of science, an army of warships launched a brutal attack on the peaceful island of Ohara – An attack that threatened to separate mother and daughter forever! Robin’s dark past left her with a lifetime of scars, but Luffy and the Straw Hats never give up on family! Even if it means a deadly showdown with the Assassins of CP9!

Porco Rosso (Blu-Ray)
Blu-ray | $39.95 | Hybrid Dub | 93 Minutes
When “Porco” – whose face has been transformed into that of a pig by a mysterious spell – infuriates a band of sky pirates with his aerial heroics, the pirates hire Curtis, a comical rival pilot, to “get rid” of him. On the ground, the two pilots compete over the affections of Gina, a beautiful cabaret singer. But it is in the air, with Fio, a young and talented airplane engineer/designer, where Porco’s true battles are waged.

The Future Diary Collection 01 (Eps 1-13)
DVD | $59.95 (+$5 for Collectors Box) | Hybrid Dub | 325 Minutes
Reality quickly unravels for antisocial Yukiteru when Deus Ex Machina calls him into a death match to determine the new god of space and time. Each mentally scarred player possesses a prophetic device tuned to his or her personality disorder, giving them control over their future… and the fate of their opponents. It’s their strongest weapon – and their greatest weakness.

Within hours of abusing his digital diary’s predictions, Yukiteru is cornered by a crazed classmate. Yuno – who is obsessively stalking him with her own psychic cell phone – is cute, sharp, and great with an ax. Still, her psychosis hides a vile secret. As a serial killer, a cult priestess, and a volatile escape artist take a stab at eliminating the teens, Yuki can cheat death under Yuno’s maniacal protection or – DEAD END.