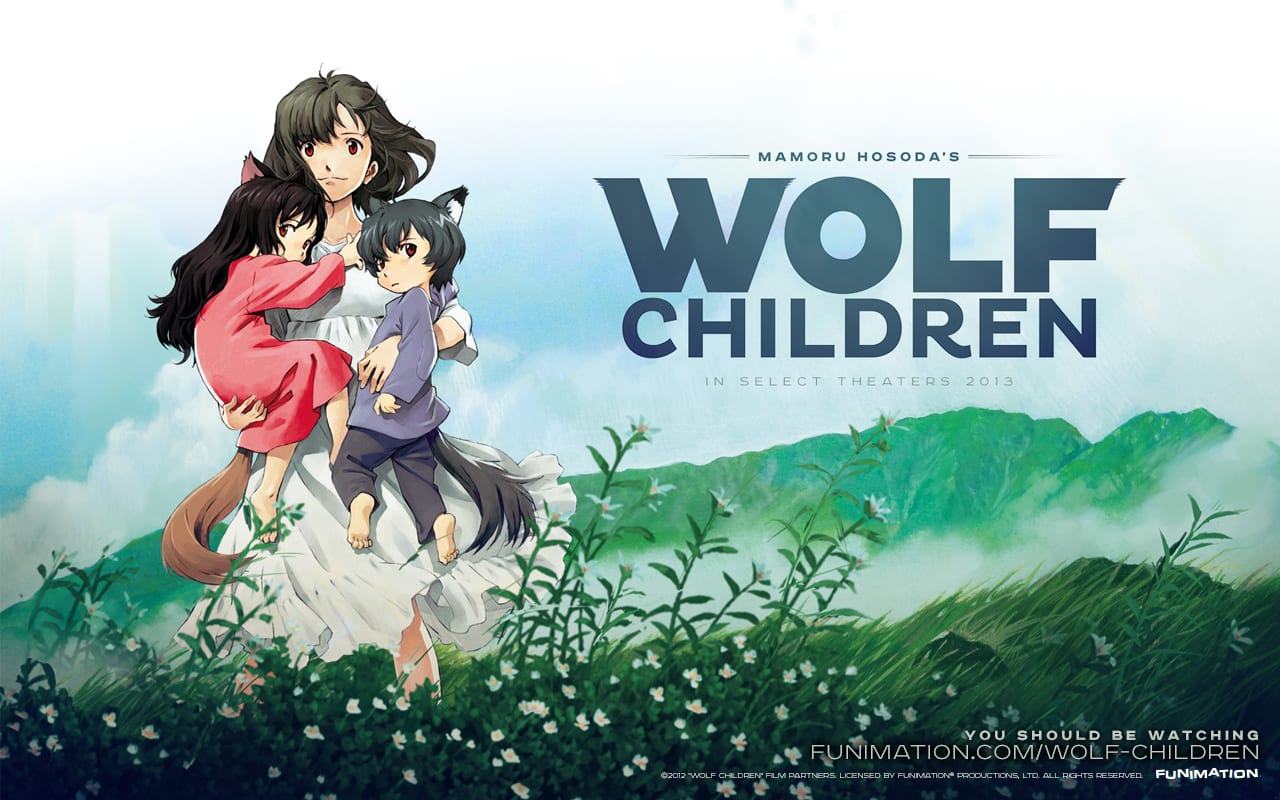 North American anime publisher Funimation Entertainment have recently uncovered what they plan to release to market during the month of November 2013 – including complete series releases, blu-ray/DVD combos and a much anticipated film by legendary Japanese director Mamoru Hosoda. Even if you are reading this and aren’t covered by Funimation’s releases (Eg. Australia, UK etc) this should still provide ample incite into what should be available in your region within the coming months.

While it was not formally confirmed, Sly from Madman Entertainment confirmed during their Gold Coast Supanova panel that they hope to have Wolf Children out in Australia by the end of the year. But I digress, the following titles should be made available during the month of November 2013 in North America: 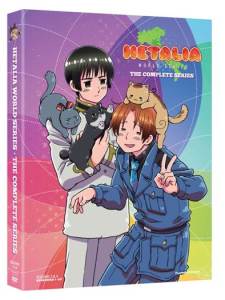 The awesome international incidents never stop in Hetalia World Series! All your fave Allied and Axis boys are back, and they’ve brought a bunch of new guys to the party. You like to party, right? Duh.

Feel the tension build as Prussia plots an invasion of Austria’s happy little place. Try on a codpiece! Share in Spain’s pain as he does his best to look after little Romano. Run with stampeding kittens! Swoon at the awkward new bromance blossoming between Japan and Greece. Eat a yummy churro! Listen and learn as France teaches Italy about the birds and the bees. Avoid Sealand! Cheer as America befriends space aliens and whales. Truly, no matter whose flag you fly, it’s about to get all SQUEE up in here. Like, big time. 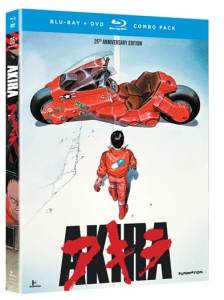 Akira isn’t just a movie – it’s the genesis of a genre. Katsuhiro Otomo’s landmark cyberpunk classic obliterated the boundaries of Japanese animation and forced the world to look into the future. Akira’s arrival shattered traditional thinking, creating space for movies like the The Matrix to be dreamed into brutal reality. Without Kaneda and Tetsuo, without espers and psionic assassins, without that badass motorcycle – our world would be a far less exciting place to exist. But the manga became the movie and the movie became a phenomenon and the world took notice. Now, Akira is everywhere. If you can’t see it in the streets – if you can’t feel it crawling around inside your brain – then you have yet to be initiated. What. Are. You. Waiting. For? 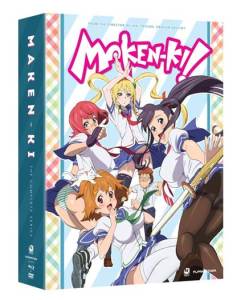 Takeru enrolled in Tenbi Academy because the girl-to-guy ratio is, like, 3 girls for every guy. But this bevvy of bombshells is actually a school where teens beef up their combat skills using a magic power thingy called a Maken. Redheads with wicked high kicks, shocking blonde bullies, and aggressive brunettes are EVERYWHERE. And every time there’s a brawl, their clothes tend to disintegrate.

Distracted by all the bouncy brawlers, Takeru has a hard time concentrating on his training. Things get sticky when the hornball can’t figure out how to use his Maken. If he doesn’t find his mojo quick, he’ll be dumped by the school of his dreams—or destroyed by an attacker who’s after his magic power thingy! 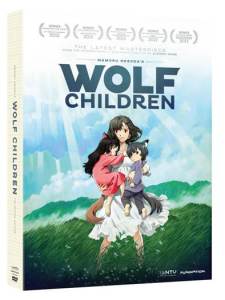 Experience the latest masterpiece from the internationally-acclaimed, award-winning director of Summer Wars. Hana was a student before she was a mother. She was bright and pretty, and her future held endless possibilities. Then she met a man, who turned out to be a wolf, and together they built a family.Hana loved her mate fiercely, but fate took him from her, leaving her alone with two unusual kids she didn’t know how to raise. Frightened of being discovered, Hana and her wolf children fled to the countryside to build a new life. Raising her little wild things was an adventure. It left Hana bruised, scratched, exhausted, and joyously overwhelmed as her pups grew stronger and wandered further every day. This is a mother’s journey. Teach your children to chase their dreams – and smile through the tears as they disappear into the world in search of who they will become. Hana wasn’t always a mother, but it was always what she was meant to be. 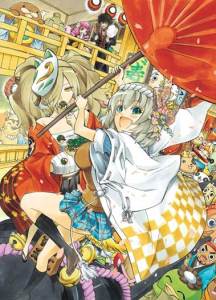 Ichiko gets lucky a lot. She’s rich, beautiful, smart, stacked, and better than you at everything. There’s a reason life always goes her way. She unwittingly steals happiness energy from everyone else! Momiji—a poverty god with a freakishly huge syringe and a bunch of oddball charms—has to take Ichiko’s extra good fortune and return it to her various victims of circumstance. Like an Adderall-raddled cat-and-mouse chase in a funhouse full of pop culture references, the spirit of shortcomings and her self-absorbed subject stick each other with jabs, gags, bizarre bets, and dirty tricks aplenty. It’s a side-splitting ride, and everyone’s seatbelt is defective. But how many blows to the ego can Ichiko take before she grows a sympathy gland and stops hogging all the happiness?

The Great Kanto Desert is a place of extremes where a hero dies an anonymous death and a villain goes down in a blaze of glory. And then there’s this guy… Meet Kanta Mizuno. He’s not your typical hero and his methods are not always honorable, but he’s the closest thing to a good guy the desert’s got. Self proclaimed as the “Desert Punk,” he’s out to make a name for himself as the best handyman for hire. No job is too tough, no opponent too nefarious – Once Desert Punk’s on the job, it’s as good as done!

Get the job done. Collect the money.
Repeat.

There’s gonna be a rumble in the jungle in the original One Piece movie written by the creator himself, Eiichiro Oda!

When the Straw Hats catch wind of trouble in the peaceful waters of the East Blue, they quickly set a course for home! But before they reach their destination, fate leads them into the deadly path of Golden Lion Shiki. This gravity-defying madman needs a navigator, and he wants Nami! Shiki scatters the Straw Hats across the far corners of a floating island filled with ferocious, genetically-mutated monsters, and issues Nami and ultimatum: join his crew – or her friends die! BIG mistake. Luffy kicks his attack mode into Third Gear and begins a brutal rampage across the beast-ridden island. It’s all hands on deck – including a new character – for this watershed adventure in the One Piece canon. Monkey vs. Lion. Winner gets the navigator!