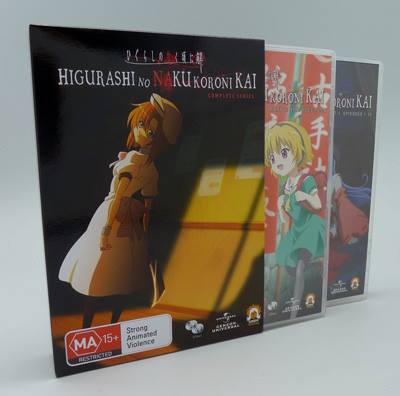 While Higurashi no Naku Koro ni (Under the title of When They Cry) was released in North America by Geneon Entertainment, with the company discontinuing their anime publishing wing the series was left stagnant.

In Australia however Siren Visual charged ahead and due to the popularity of the first season chose to publish the sequel Higurashi no Naku Koro ni Kai as an Australia-exclusive English anime release.

That was last year and after two half-season releases the company now have plans to release the entire 24-episode answer arc series. While the initial plans were to release it on the 22nd August 2013, as copies have arrived in their office they have confirmed plans to send it out to those who made pre-orders via their website next week. Copies will also be available at their SMASH! and Manifest booths in the coming weeks.

This set will include both half-season volumes of the series in a “deluxe slipcase”. Given that we haven’t seen a slipcase release from the company in quite a while I hope this means a continue in the trend – as they are a nice little addition for when showcasing them on a shelf. 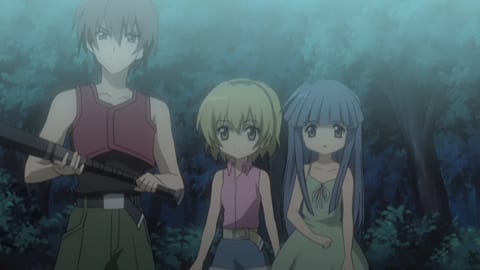 On a hot summer day in 1983, a transfer student named Maebara Keiichi comes to a peaceful rural village in Hinamizawa. There he befriends his classmates Rena, Mion, Rika and Satoko. Just as Keiichi is beginning to assimilate into simple rural life, he stumbles upon the dark history of Hinamizawa – every year for the past four years, one person has been murdered and another has gone missing on the day of the Watanagashi Festival.

Higurashi no Naku Koroni Kai is an unnerving story of rural folklore and small town psychosis steeped in brutal violence and horrific sadism. Cute and funny one minute, sinister and twisted the next. Higurashi broods with a unique psychological malaise.

I have reviewed both volumes in the past, and they can still be read under the old review system HERE and HERE.