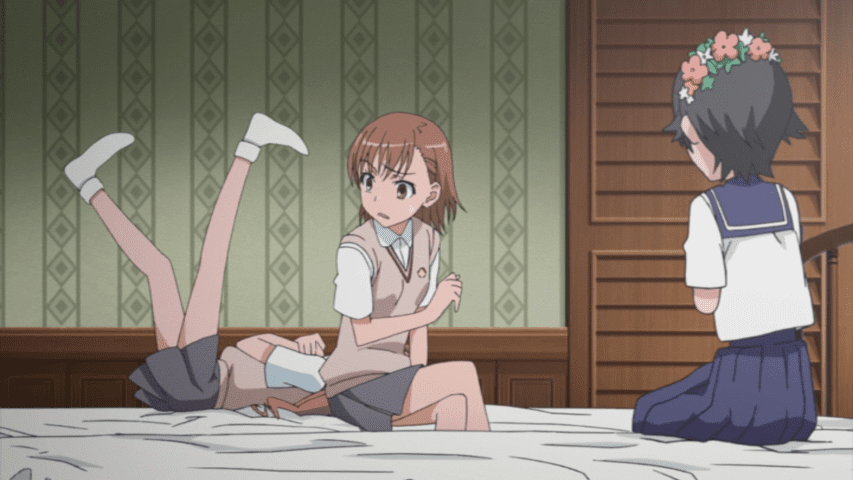 While we may not have heard much from Universal Sony Pictures Home Entertainment Australia in regard to anime releases since their inaugural launch back in April 2013, the good news is that this week we have another new set of releases to hit store shelves. This continues on from their rather solid acquisition set which looking below seem to be rather resonably priced. For a full list of their offerings take a gander below, otherwise keep an eye out on The Otaku’s Study this coming week as I delve into these titles – starting with Shakugan no Shana S and Serial Experiments Lain 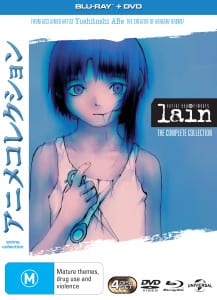 Lain Iwakura appears to be an ordinary girl, with almost no experience with computers. Yet the sudden suicide of a schoolmate and a number of strange occurrences propel Lain into the world of the Wired, where she gradually learns that nothing is what it seems, even her own sense of self.

Serial Experiments Lain is a simple yet fluid animation, with ethereal artwork and haunting music. The series lends a new perspective to the human condition, exploring how we are all connected yet simultaneously separated in our communication. 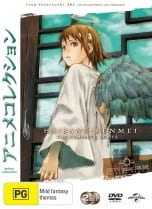 Devoid of memories, a young girl, Rakka, finds herself falling through a dream-like state. She awakens from a cocoon in an abandoned room in an old dormitory where several girls and young women greet her. They introduce themselves as Haibane, humanoids with ashen grey wings and a halo levitating over their heads, and claim that the newcomer has arrived to become one of them. The Haibane and humans share a walled town, but both groups are forbidden to leave. As Rakka slowly gets used to life as a Haibane, she gains friends, learns more about the town, and remnants of her past life as a human become increasingly distant.

With the help of the Haibane, Rakka learns about their enclosed world in a succession of brief vignettes. She also eventually learns that like being human, being a Haibane isn’t necessarily a permanent situation. Most eventually achieve a degree of fulfillment that allows them to depart under mysterious circumstances in an event called a Day of Flight. For some though, achieving such a degree of ultimate peace can be incredibly difficult, and so the mysteries of the past and present linger. 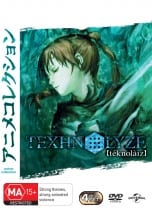 The city of Lux is an underground nightmare, ruled by the Mafia alliance known as the Organo and kept alive for the sole purpose of mining Raffia, a miraculous moss that only grows beneath the city. It allows scientists to replace human limbs with mechanical appendages, a process known as texhnolyzation. But this is only for the wealthy elite, a minority starkly opposed to the masses of people scrambling for survival at the bottom of the social ladder. Ichise is one of the scrabblers: a  silent brute who makes his living fighting in an underground ring, until he punches the wrong  person and loses an arm and a leg to a sword-swinging gangster.

Through blood, mud and unspeakable hardship Ichise emerges with two state-of-the-art mechanical limbs. This gift raises him from the street into the ranks of the Organo, from which he bears witness to the final atrocities of humanity’s waning years. 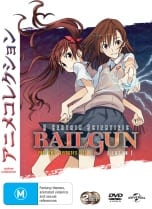 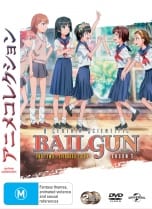 Powerful electro-manipulator, Misaka Mikoto, one of the most loved characters in A Certain Magical Index, is back starring in A Certain Scientific Railgun Season 1. Tenacious and feisty, she will knock your socks off with her abilities and attitude. In the futuristic metropolis of Academy City she fights extraordinary people and bizarre monsters in a non-stop battle that has you gripping the edge of your seat.

Misaka’s skills in electro-manipulation and destructive “Railgun projectile” manoeuvre gives her rock-star status in Academy City. The techno-metropolis is packed with supernaturally powered students known as espers, including Misaka’s flirty friend and roommate, Kuroko. Misaka uses her teleportation skills fighting crime alongside her fellow agent Uiharu, as part of the judgment law enforcement team. Joined by their friend Saten, a spunky Level O esper, Misaka, Kuroko and Uiharu have a blast taking on danger whenever and wherever it arises. 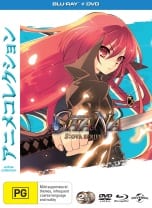 Yuji and Shana are known for their fast friendship and in the first episode of this mini series, a mystery relic swaps Yuji and Shana’s bodies. But solving this mishap is easier said than done, as Yuji and Shana must find the lost artifact to reverse the swap before time runs out. The humour continues in episode two, as Yuji’s sweet and protective nature is comically  challenged by paranoia about Shana’s distant attitude. But the fun dwindles as Shana revisits dark and emotional events that have shaped her present life in episode three and four. This two-part saga explores Shana’s quest in hunting down a psychopathic killer that destroyed her life.

This release follows on from their earlier releases of Shakugan no Shana Seasons 1 and 2, with their release of Season 3 slated for the near future.

Facebook
Twitter
ReddIt
WhatsApp
Pinterest
Telegram
Previous articleWhat’s Behind The Conspicuous Portal in Your Back Garden? Find Out in Next Sims 3 Live Broadcast
Next articleLittle Witch Academia to Receive Short Manga in Ultra Jump