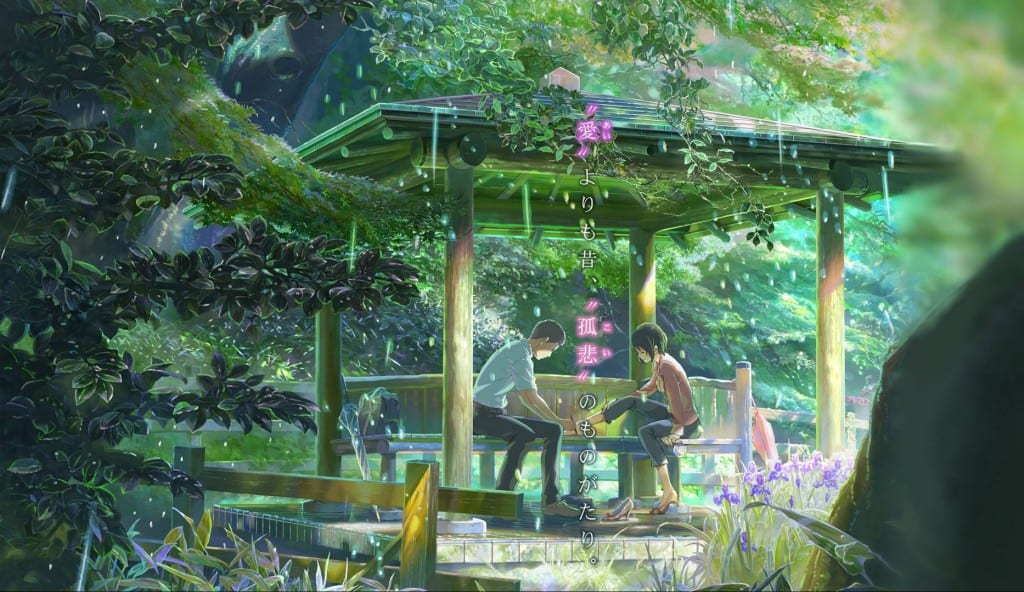 The Garden of Words is a rather special animated film to Australia in that it held its world premiere on the Gold Coast, Queensland, Australia more than a month before its first cinematic release in Japan. While the film is set to receive a hybrid dubbed release in North America this August on both DVD / Blu-ray, Madman Entertainment have today announced that the film will be their fourth and final title during their Reel Anime 2013 festivities set to be held across Australia during the month on September 2013.

I invite you to read my review of the film HERE as well as an interview with the director himself HERE as well. There is no word on when Australia will be receiving a home video release, but here’s hoping not too long after the Reel Anime 2013 event.

When Takao, a young high school student who dreams of becoming a shoe designer, decides to skip school one day in favor of sketching in a rainy garden, he has no idea how much his life will change when he encounters Yukino. Older but perhaps not as much wiser, she seems adrift in the world. Despite the difference in their ages, they strike up an unusual relationship that unexpectedly continues and evolves, with random meetings in the same garden on each rainy day.

But the rainy season is coming to a close, and there are so many things still left unsaid and undone between them. Will there be time left for Takao to put his feelings into actions and words? Between the raindrops, between the calms in the storm, what will blossom?