English Dub of Wolf Children to Premiere at Otakon 2013 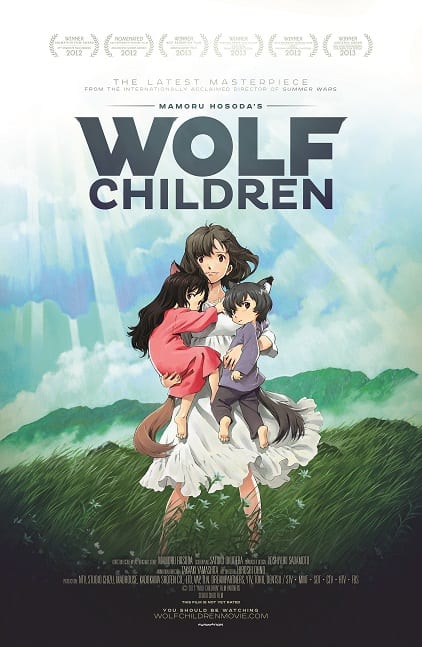 With Wolf Children (Ookami Kodomo no Ame to Yuki) having made its theatrical rounds with the original Japanese dub, it is time to look ahead to the English dubbed release which will mark the beginning of the home video release phase for the film in international markets. It has been confirmed by the team behind the Otakon anime convention that they will be premiering the English dubbed version of the film at the event – sometime between the 9th and 11th of August 2013.

While we don’t have much in the way of information about the actual voice cast from Funimation Entertainment, we now know that Mike McFarland who was also behind the dub of Summer Wars will be serving as the director for Wolf Children.

Wolf Children is the latest film from legendary Japanese director Mamoru Hosoda. I had the opportunity in April to interview the man himself, and I encourage you to check it out HERE as I inquire him about the inspiration for the film as well as much in regards to Summer Wars and a message to those who wish to follow in his footsteps.

When Hana falls in love, it feels like a fairy tale. She starts a family and produces two beautiful children – Yuki (Snow), a girl, and Ame (Rain), a boy. But the family harbours a secret – their father is a ‘Wolf-Man’, half human and half wolf, and has passed his affliction on to his children. The family try to reside discreetly in a quiet corner of the city, but their joyful life is shattered when their father passes away. To live peacefully, Hana must make the difficult decision to move Yuki and Ame to a small town and surround them with nature.